Your version of Microsoft Internet Explorer is not supported for secure online transactions. Would you like to update your IE browser? 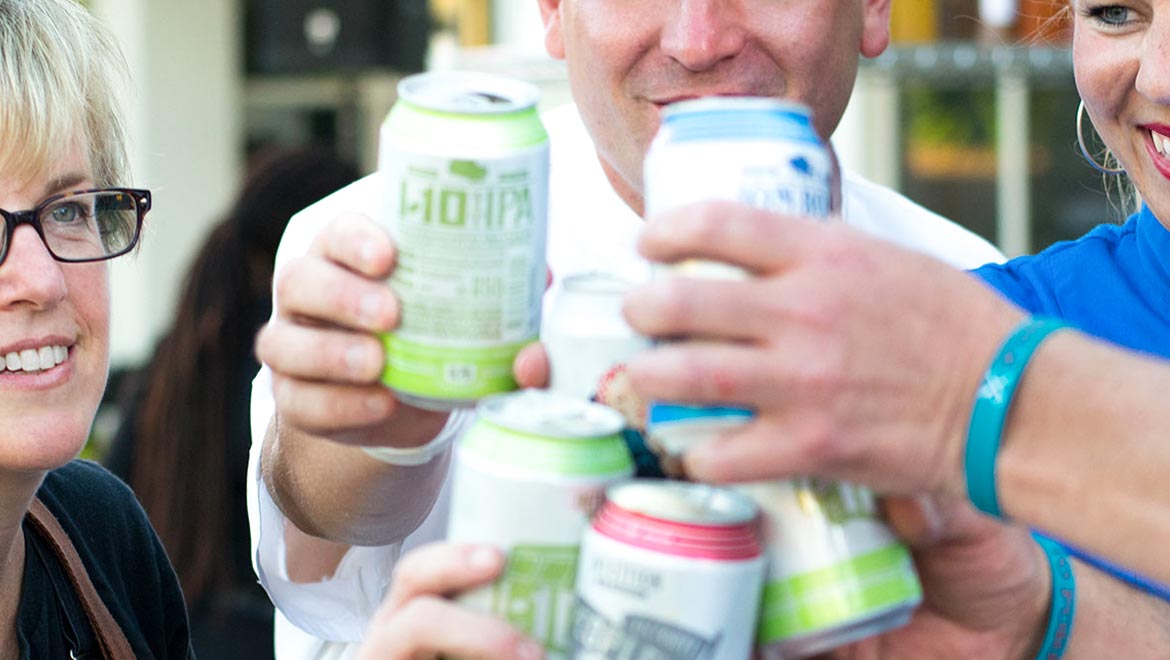 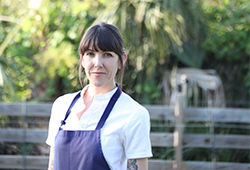 Whitney Otawka grew up in the high desert of Southern California and studied anthropology at The University of California, Berkeley. Living in the Bay Area as a young adult introduced her to an unfamiliar way of eating and an endless supply of fresh produce, seafood, grass-fed beef, organic grocery stores, and more. In 2005, Whitney moved to Athens, Georgia, where she worked her way up to Sous Chef at Hugh Acheson’s 5&10. For part of her tenure, she worked simultaneously as Chef de Partie of Linton Hopkins’ Restaurant Eugene in Atlanta. Whitney staged in some of New York’s finest restaurants including Per Se, Le Bernardin, and Blue Hill at Stone Barns and studied wine making in Spain with Raul Perez. In 2015, Whitney pursued a unique opportunity to serve as Executive Chef at the Greyfield Inn on Cumberland Island, Georgia. Whitney has appeared on Top Chef and was awarded a Rising Star Chef in Atlanta. Her recipes have been published in The New York Times, The Wall Street Journal, Garden & Gun, and Southern Living. Her first cookbook, The Saltwater Table, published by Abrams will be released in October. 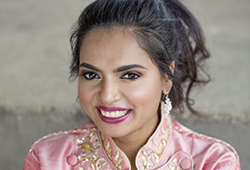 Chef Maneet Chauhan is the founding partner and president of Morph Hospitality Group in Nashville, Tennessee. She is a recipient of the 2012 James  Beard  Foundation  Broadcast  Media  Award  for  her  role  as  a permanent judge  on Food  Network’s  “Chopped,”  and  sits  on the panel  of  judges for Food Network’s “Wedding Cake Championship”. She has also written her own cookbook, Flavors  of  My  World. A graduate of the Culinary Institute of America, Chef Chauhan worked in some of  the  finest hotels  in  India  before  the  start  of  her  professional career in the States. 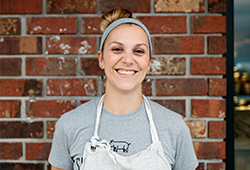 Alexia Gawlak, chef and partner at Swine & Sons, has been a contributor to Orlando’s food scene for over 20 years. She began her culinary career by accident at the age of 17 when she was working as a cashier in a taco shop, and jumped in to lend a hand on the burrito station. While working a subsequent line cook job, she fell fully in love with the pace and excitement of the professional kitchen and decided to pursue an education at the Culinary Institute of America in Hyde Park, New York. She spent her externship at Nobu’s flagship restaurant in Manhattan before being drawn back to Orlando. Upon arrival back home, Alexia took a position working for James Beard Nominee and forward- thinking chef, Kathleen Blake, at Primo Restaurant. In 2009, while pregnant with her first child, Alexia joined the team at Whole Foods Market in a back-of-house operations position. Alexia jumped full-force back into the kitchen in 2014 when she took the helm at Siro Urban Italian Kitchen as chef de cuisine, but her time at Siro was cut short when the offer to open Swine & Sons as a chef/partner came in 2015. Under the direction of Alexia and her husband, Rhys, Swine & Sons has evolved from provisions market and craft butcher, to bustling sandwich shop and full-service catering company. Alexia is, and will never stop being, a cheerleader for good food, meaningful collaboration, and the city of Orlando! 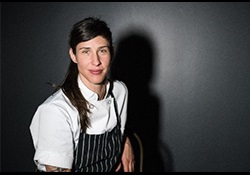 Chef Kerri Rogers is the Executive Chef of Bellwether in Jacksonville, FL. Originally from Orlando, FL, Rogers grew up surrounded by generations of women cooking and making her feel at home in a kitchen environment, which inspired her to pursue the culinary profession. Bypassing culinary school, Kerri got her foot in the door of kitchens by working as a dishwasher. In 2008 her industrious effort was recognized when Chew Restaurant hired her as the Garde Manger line cook and her passion for cooking grew while under the leadership of Chef Jon Insetta. Chef Insetta brought Rogers along in the opening of Black Sheep Restaurant then looked to Rogers to become the Executive Chef at Bellwether in 2017. 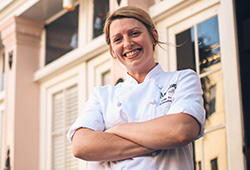 Kelly Franz moved to Charleston in 2002 to attend the Culinary Institute of Charleston. While working toward her degree, she joined Magnolias in November 2003, became sous chef in 2005, chef de cuisine in 2009 and most recently executive chef in 2015. Her strong work ethic and leadership abilities set Franz apart in the kitchen. These skills—which she attributes to her mentors at Magnolias—coupled with her proficiency, quickly moved Franz through the ranks. Franz’s current roles include overeseeing various kitchen stations, ordering and cost control, hiring, seasonal menus, recipes and more. Franz believes the key to Magnolias’ success is consistency. She strives daily to stay true to the menu staples that so many people travel to Charleston to revisit, while constantly evolving the menu to reflect trends and seasonality. Franz looks up to chefs Donald Barickman and Donald Drake, who taught her the discipline necessary to be a leader in the industry and have pushed her every day to live up to her potential as a chef.  She is also proud to have had many of the students who have worked for her at Magnolias become great chefs across the country. 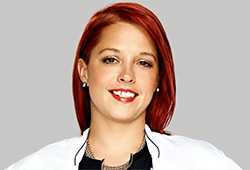 Stacy is a native New Englander with the gift of a global culinary perspective. She appreciates New England's regional, seasonal cuisine, yet after time in East Asia, Europe, the Caribbean and Central America, she brings bold flavors and unique techniques to her craft. Earning her culinary degree at the prestigious Johnson & Wales University, Stacy has worked in the kitchens of some of the Boston areas' most renown restaurants including Market by Jean Georges, Upstairs on the Square, and Liquid Art House. Stacy also has shared her culinary talents in other forums to reach broad audiences. Stacy is the author of The New England Cookbook, and she starred in Season 12 of Bravo’s critically acclaimed reality TV show, Top Chef. 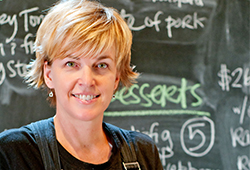 Three time Fish to Fork participant, Chef Kathleen Blake is thrilled to be taking on a new role for this year’s competition as an emcee. Blake was part of the 2015, 2016 and 2018 Fish to Fork weekends where she continuously sharpened her fishing skills and brought her “A” game.  This Iowa native learned to cook at an early age in her grandmother’s kitchen and further developed her passion for food at the Community College of San Francisco’s Culinary Apprenticeship Program. In 2001, Blake accepted the position as Sous Chef at the first certified organic restaurant in the US, Restaurant Nora in Washington, D.C., and was quickly promoted to Chef de Cuisine. Blake was recruited as Chef de Cuisine, opening Melissa Kelly’s Primo in Orlando at the JW Marriott Grande Lakes. Kelly would serve as Blake’s life-long mentor. Blake’s husband, William, serves as Blake’s life and business partner as the two opened their own restaurant in Orlando, The Rusty Spoon. The restaurant earned 7 Silver Spoon awards in 2014 including ‘best farm-to-table’ restaurant. Blake is also a 2013 and 2015 James Beard Award nominee and nominated for both Golden Whisk and Community Service Awards by Women Chefs & Restaurateurs. 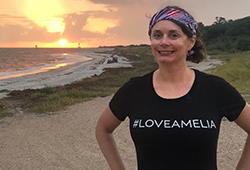 Kate Harris grew up in the frozen tundra of upstate New York and aspired to call Florida home at an early age. The originator and host of the award-winning 45 episode #LOVEAMELIA web series, Kate has delighted in bringing the island to life, from shark tooth hunting expeditions to discovering the island's delectable shrimp dishes.  For several years, she has worked with the renowned Chef Jacques Pépin on book signings, demonstrations and appearances on and around Amelia Island.  This fall, Kate helped bring four Master Chefs of France to the island for a special culinary evening following the Pétanque Amelia Island Open.  Active in local theatre, Kate has appeared in two musicals where food plays a central role in the plot (Les Misérables and Into the Woods.) A graduate of Mount Holyoke College in South Hadley, Massachusetts, Kate is an enthusiastic ambassador of Amelia Island, online and abroad. 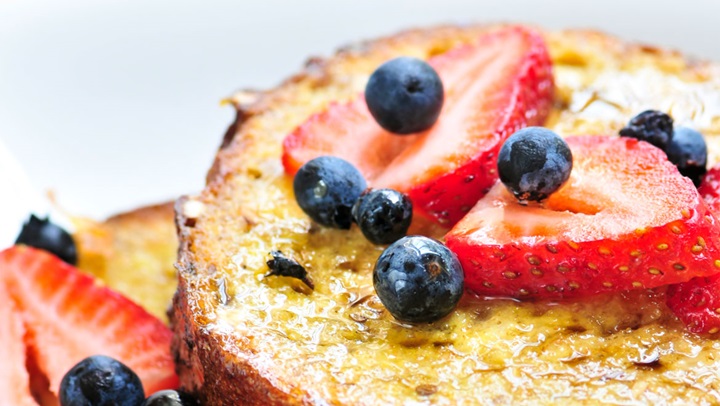 Enjoy our most popular package, which includes complimentary access to our "Art of Breakfast" each morning of your stay.

Named one of the "Top 121 Golf Resorts in the World" by Conde Nast Traveler. 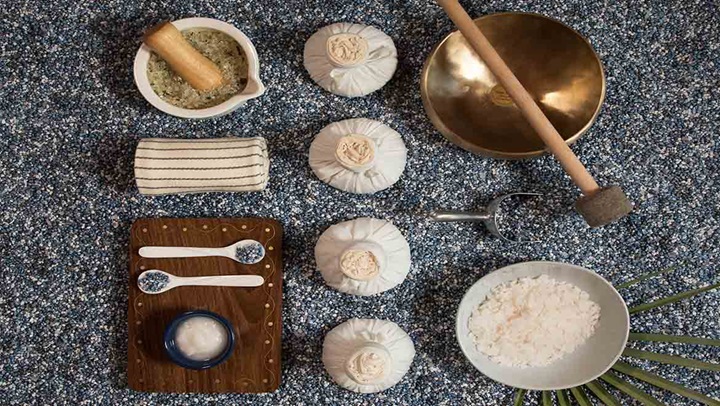 Indulge at The Spa

Relax and revive at our full-service, nature-inspired spa.