The opening of The Broad in Los Angeles and reopening of The San Francisco Museum of Modern Art attract art lovers from all over the world.

Lines of art enthusiasts, young and old, snake around The Broad museum in downtown Los Angeles and San Francisco Museum of Modern Art (SFMOMA) across from Yerba Buena Gardens. The Broad opened to much fanfare in September 2015, and SFMOMA reopened to similar excitement after an expansion in May 2016. While tickets sold out during the months surrounding each opening, they’re now beginning to become more available. While you’ll still want to reserve your tickets in advance, here, you can enjoy an insider’s look at these two must-see temples of contemporary art.

After seven years of planning and three years of construction, SFMOMA has added a 235,000-square-foot, 10-story expansion that currently makes it the largest modern and contemporary art museum in the country. The $305 million addition, designed by prestigious Norwegian firm Snøhetta, brings renewed energy to the district and has nearly tripled SFMOMA’s gallery space. Now more than 1,900 works are on display, including important, blue-chip pieces from the Doris and Donald Fisher Collection of postwar and contemporary art, alongside hundreds of valuable works of photography.

The expansion creates an impressive physical presence that looks like a glacier hovering over Third Street, with the ripples of the San Francisco Bay reflected on its exterior. Still, the most significant improvement has been SFMOMA’s ability to present focused, monographic mini-exhibits of some of today’s most celebrated artists: Andy Warhol, Cy Twombly, Ellsworth Kelly, Agnes Martin, Chuck Close, Sol LeWitt, Alexander Calder, Brice Marden, Gerhard Richter and Anselm Kiefer.

Add to that a redesigned sculptural staircase, a free ground floor, the new restaurant In Situ, and a three-story “Wall of Life,” with plants native to California growing on it, and it’s clear why the combo has already won accolades from coast to coast.

“I think we’ve had very enthusiastic reactions, not only from the press, but from our public,” says Ruth Berson, deputy director of curatorial affairs for SFMOMA. Berson oversees the curators and collections and has been project director of the expansion over the last six years.

“What’s encouraging is we’ve seen a very large and growing membership,” she says. “Hundreds of people have signed up to be members. And I can’t remember how many billions of impressions we’ve received from TV, radio, Internet and social media.”

Of particular note are the nearly 260 works from the Fisher Collection (Donald and Doris founded the Gap clothing company); the new Pritzker Center for Photography—the largest gallery, research and interpretive space dedicated to the medium in the United States; and SFMOMA’s new mobile app, which utilizes the latest technology to identify exactly where you are, inside or outside the museum.

SFMOMA has teamed with local startup Detour to combine immersive audio storytelling with location-aware technology that triangulates your movement and provides precise, insightful commentary accordingly. “It’s not like the olden days, where you tap in the number 295,” Berson says. “It’s based on where you are in the building. The tour is very seamless in the way it delivers the content.”

“Anthony Hernandez,” the first retrospective to honor the 45-year career of this major Los Angeles-based photographer, opened in September.

At the end of October, the museum will present “Bruce Conner: It’s All True,” the first comprehensive retrospective of the American pioneer in experimental film, collage, photography, conceptual work and paintings.

“It’s a very special honor to be working in a place like this,” Berson says. “Everybody worked very hard to get us ready to open. But I’ve talked to a lot of people who have been through this before. We’re not running to the finish line. We’re running to the starting line. That pretty much sums it up: We’re just getting started.”

More than 600,000 people can’t be wrong. That’s the number of visitors who have enjoyed The Broad museum since its opening in September 2015. And thousands more are waiting with their reserved, timed tickets and in the lines of same-day visitors that wrap around the white, honeycomb-like structure on Grand Avenue.

There’s also Yayoi Kusama’s “Infinity Mirrored Room,” an immersive experience with mirrors, water and hundreds of LED lights. Sign up for this experience as soon as you enter The Broad, preferably in the morning. The wait time can exceed a few hours, and the digital queue usually fills within the first two hours of the museum opening (you can also book a spot for a future date).

The Broad, located about a block away from the Omni Los Angeles Hotel at California Plaza, was founded by LA billionaire philanthropists Eli and Edythe “Edye” Broad. The two have collected contemporary art for 50 years. Their Broad Art Foundation now boasts nearly 2,000 works by more than 200 artists; many of the pieces are in storage on-site in “the Vault.”

“They could not be more pleased with the public reaction to the museum,” says Joanne Heyler, founding director of The Broad. “This museum and their art collection is Eli and Edye’s gift to the people of Los Angeles. Their goal has always been to create a public collection and share the art with as many people as possible.”

A new thematic installation, titled “Creature,” opened Nov. 5 in the museum’s first-floor galleries. The exhibition—exploring the human and the animal—will feature more than 50 works by over 25 artists, including Basquiat, Beuys, Hirst, Murakami and Warhol, as well as Georg Baselitz, Ellen Gallagher, Leon Golub, Jenny Holzer and Thomas Houseago, whose “Giant Figure (Cyclops)” will make its U.S. debut by greeting visitors at the exhibit’s entrance. “This installation brings together collection artworks that explore the ongoing redefinition of what it means to be human, in moral, experiential and physical dimensions,” Heyler says.

Also not to be missed is Otium Restaurant, located next door to The Broad. It’s run by chef Timothy Hollingsworth, who represented the United States at the prestigious Bocuse d’Or USA competition in 2008. He later rose to become chef de cuisine at The French Laundry, a three-star Michelin restaurant in Napa Valley.

The Broad now releases tickets online on the first of each month for the next month. Visitors may also gain admission into the museum through the on-site standby line, which can take anywhere from a few minutes to a couple of hours. The museum is closed on Mondays. Visit TheBroad.org, or call 213-232-6200 for tickets and information.

When it comes to food and entertainment, the concierges at Omni San Francisco Hotel and Omni Los Angeles Hotel at California Plaza are in the know. 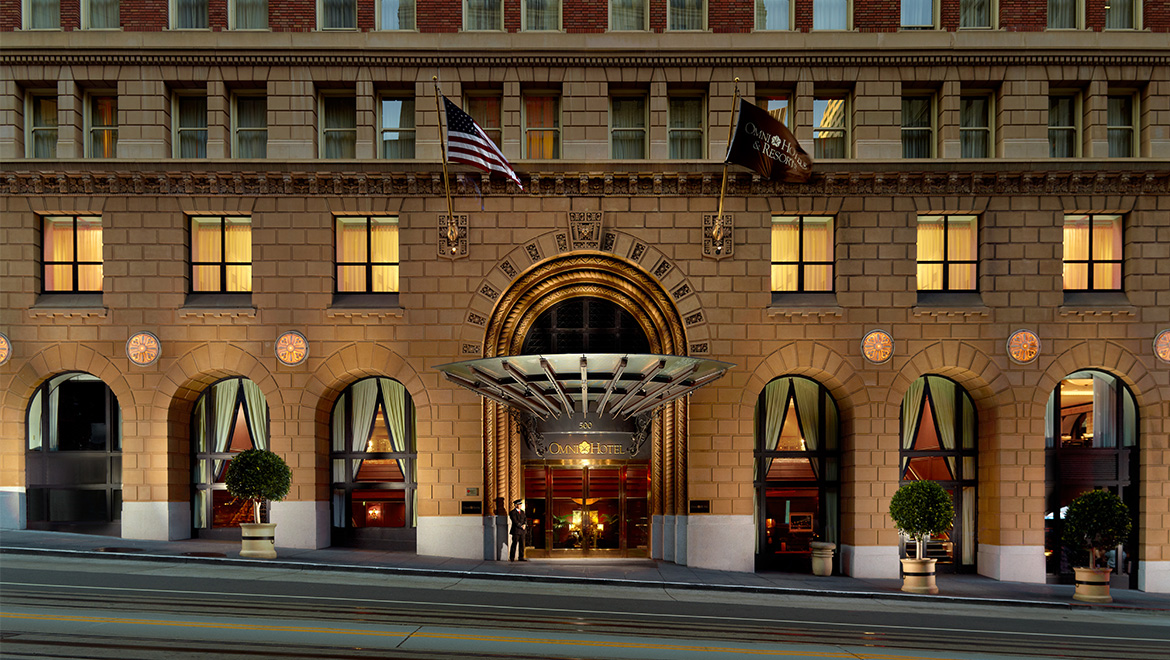 Schoenberg moved to San Francisco in 1986. “I love telling guests about the city,” he says. “There is so much to do and see, whether they like hiking, going to the dog parks, eating out or checking out some great art. If you like to hike, Bernal Hill offers spectacular views of the city.”

Schoenberg also recommends Fort Funston to watch hang gliders, Chinatown, North Beach and the Financial District, all within walking distance of Omni San Francisco. The Ferry Building has a wonderful farmers market, he says, and Telegraph Hill and Coit Tower are also accessible by foot. Coit Tower houses some wonderful, rare murals from artists commissioned during the 1930s under the national Public Works of Art Project.

“I like to send my guests to the Filbert steps—300 steps that go up the back side hill of Coit Tower,” he says. “Walking up is magical, and offers incredible views of the city and the bay.”

As for restaurants, Schoenberg recommends In Situ at the San Francisco Museum of Modern Art (SFMOMA), which has received glowing reviews and features a Michelin-star chef, as well as rotating chefs and dishes. Additionally, Caffe Trieste in North Beach has been in the same family for generations. It offers Italian sandwiches, salads, pizza, focaccia, cookies, muffins and desserts, as well as coffee, wine and beer. Another suggestion, Bob’s Steak & Chop House has the best steak in town, Schoenberg says, and is known for its stiff drinks.

Golden Gate Park includes the de Young Museum and the California Academy of Sciences, which Schoenberg loves to send families to. It’s home to a planetarium, aquarium, a museum of natural history, and earthquake and rainforest exhibits. It’s also great for people watching.

If you want to catch a show, Schoenberg recommends “Beach Blanket Babylon,” a musical revue at Club Fugazi in North Beach. The musical blends national politics and pop culture with local references, and features colorful costumes and outrageously gigantic hats.

Amy Cormney has been concierge at Omni Los Angeles Hotel at California Plaza for more than nine years. Of course, she recommends The Broad museum, which is about a block away from the hotel. 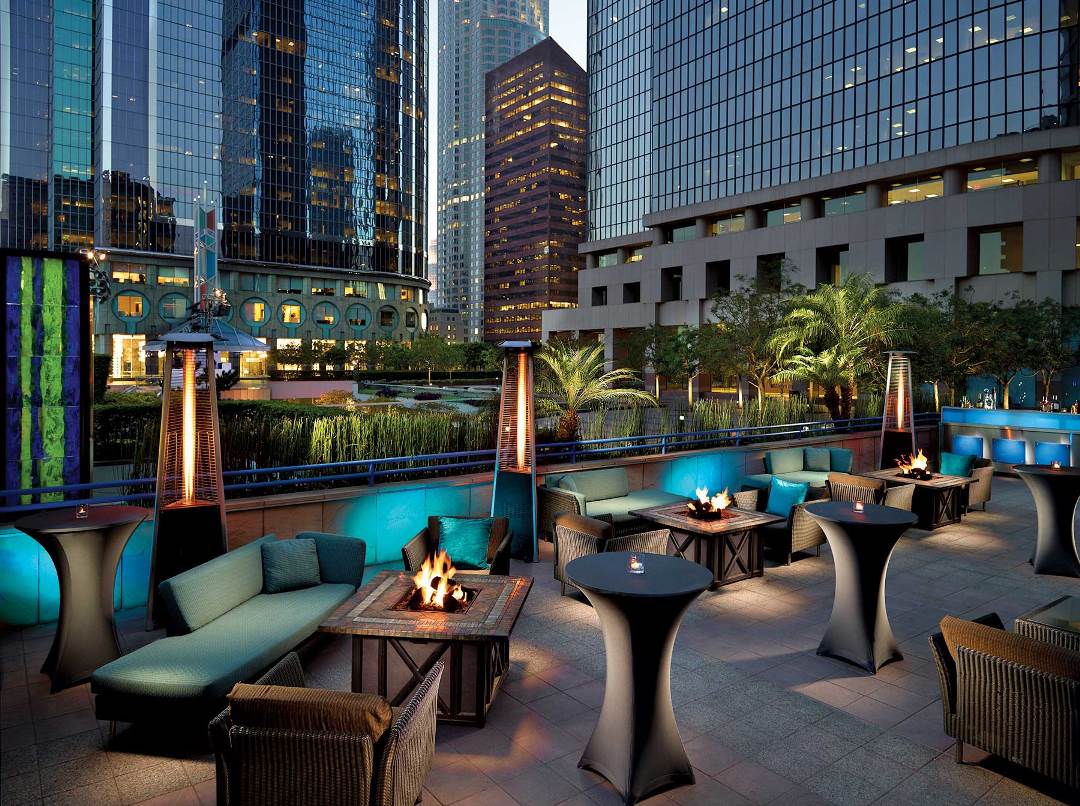 “Walt Disney Concert Hall is the home of the Los Angeles Philharmonic, and you can look them up at LAPhil.org,” she says. “They also give free tours of the concert hall, which is worth checking out.”

Within walking distance, Cormney suggests paying a visit to Grand Central Market, an indoor food marketplace that features everything from falafel to Chinese food to burritos. Eggslut, a casual, egg-centric eatery founded by Chef Alvin Cailan in Grand Central Market, is one of her guests’ favorites. “It’s always a hit with our guests. They go multiple times.”

Other cherished nearby eateries include Bottega Louie (Italian), the Blue Cow Kitchen (American), Pez Cantina (Mexican) and Water Grill (seafood). Inside Omni Los Angeles, there’s the Grand Café for breakfast and lunch, and Noé Restaurant for drinks and dinner.

During the summer, the California Plaza offers free outdoor concerts with chart-topping bands. About a mile away are Little Tokyo, Chinatown and Olvera Street, a Mexican American marketplace and pedestrian mall that is also the oldest part of downtown Los Angeles.

L.A. Live is worth checking out to see the Staples Center, Microsoft Theater, the GRAMMY Museum and a variety of restaurants, clubs and movies. Cormney also suggests taking a walking tour with Neel Sodha, who founded Downtown LA Walking Tours in 2009 (DTLAWalkingTours.com). For $15, Sodha will take guests on a two-hour excursion, exploring the old downtown and the new.