“There are no two finer words in the English language than ‘encased meats’, my friend.” — Motto from a famous Chicago hot dog stand, Hot Doug’s

The hot dog is ingrained, celebrated and perhaps even canonized in American cuisine. As a staple for summer and synonymous with backyard cookouts on July 4, someone even gave the dish its own month.

Although the frankfurter originated in Germany, it quickly caught on in America as immigrants came to the United States and brought their culture and food with them. German immigrants opened hot dog stands from New York to Chicago to California, and each region made it their own. For decades it was rumored that the first Nathan’s Hot Dog Eating Contest held at the original stand on Coney Island was between four immigrants to settle who was the most patriotic.

While a basic hot dog contains only a few components, the toppings can vary from a few to so many you might need a fork to take the first bite. We asked our chefs for recipes inspired by their city, and here’s what they said.

Everything is bigger in Texas, and this hot dog is no exception. This culinary creation features two dogs smothered in a Shiner Bock beer glaze, topped with fresh avocado, tomato relish, slaw and served with a bacon-wrapped stuffed jalapeno.

This variation draws influences from Mexico and the West Coast. First, aged cheddar cheese is added to a split top bun. Then, the hot dog is garnished with avocado slices, diced cherry tomatoes and finished with a Mexican hot sauce for an extra kick. 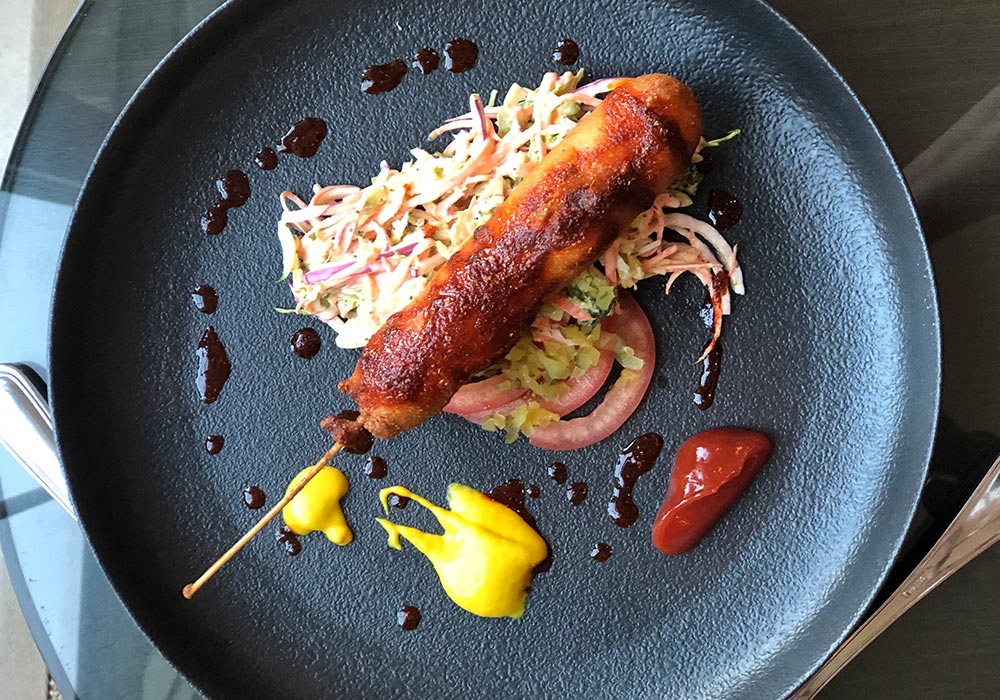 Head east to Nashville, where hot chicken is popular among locals and tourists alike. Just because it’s a hot dog doesn’t mean it can’t feature Music City’s famous spice. The bun is eschewed in favor of a dog deep fried in batter and served on a bed of brussel sprouts and carrot slaw. Nashville hot bacon fat, ketchup and mustard provide the final garnishes to this “hot” dog (pun intended). 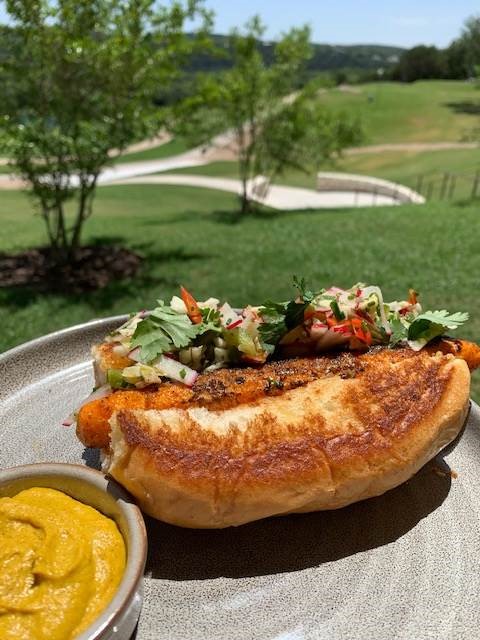 Just because a hot dog is traditionally made of meat doesn’t mean vegetarians and vegans should be left out. This “dog” features an oak wood-smoked and char-grilled carrot cooked in a garlic oil confit, topped with a jalapeno-cilantro chow-chow relish, turmeric mustard and served on a griddled bun. 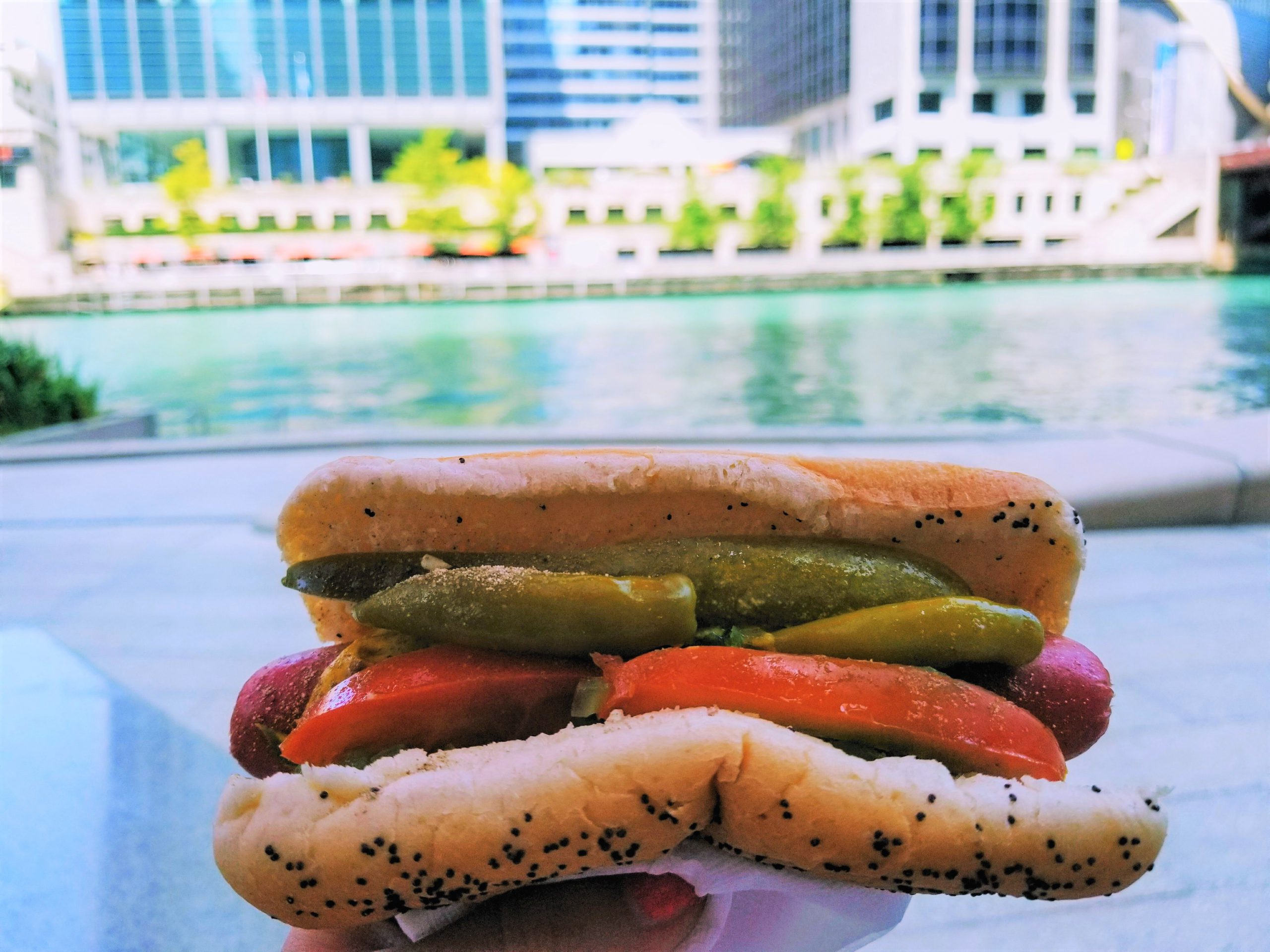 What list of famous dogs doesn’t include Chicago-style? While we recommend improvising with your hot dog creations, this is one classic recipe where you don’t deviate. First, start with a poppy seed bun and an all-beef hot dog. Next, top with chopped white onion, sweet pickle relish (the more neon atomic green the better), tomato wedges, full-length dill pickle spear, picked sport peppers and celery salt. And the final ingredient: yellow mustard. No, you may not put ketchup on it. Yes, there are Chicago hot dog stands that don’t even have ketchup. Ask for it at your own peril.

With toppings from classic mustard and ketchup, to coleslaw and chili, to bacon and cheese, to swapping the bun for a tortilla or bagel, to cooking it steamed, grilled or fried, there are thousands of ways to prepare a hot dog, and everyone has their favorite. We hope that some of our chefs’ favorite hot dogs will inspire you to try something new or create your own. Time to fire up the grill!