After weeks with no sports to watch, the dads around our office have started feeling nostalgic to the time when football, baseball and other sports filled our nights and weekends. We found that these avid sports fans have traveled with their families to witness some of the most incredible moments in sports history, resulting in lasting memories they hold close to today. Check out some of their favorite moments and share with us yours. 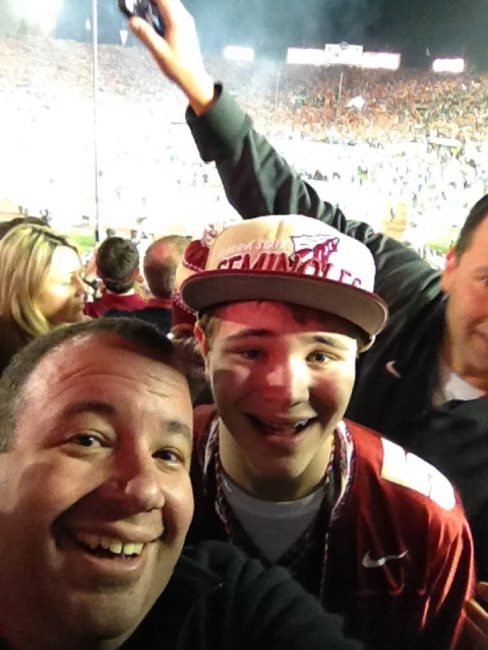 “It was the best father/son trip that we ever took. My son and I had a great time out in California. We spent the entire day taking in the Rose Bowl, and then we watched one of the best National Championship games ever. It was also the last Bowl Championship Series game. Florida State University was down but retrieved the ball with 1:19 minutes left in the 4th quarter and drove the length of the field to win the game with just 0:13 seconds left. The best part was sharing it all with my son.” 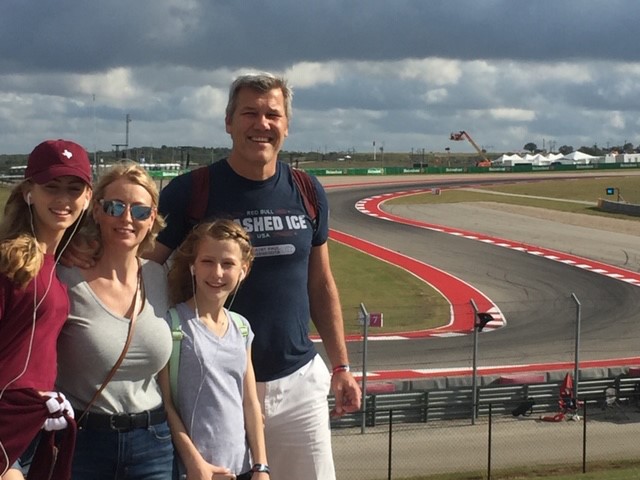 “I grew up in Austria in the ‘70s when car racing, especially Formula 1 (F1), was a big thing. I even had a local hero, Niki Lauda, who passed away last year. When I was a child, my dad and I would take weekend trips to Formula 1 races throughout Europe in Austria, Germany, Hungary and Monte. These races were the highlights of my year. So for me, it was equally thrilling to finally take our two daughters to the F1 race in Austin, Texas three years ago. Not only did it bring back memories of me sharing car races with my dad, but I hope I also created lasting memories with our girls.”

“In my junior year of college in 1995, the Texas Tech Red Raiders beat the Texas A&M Aggies 14-7 In a memorable way. Linebacker Zach Thomas intercepted Corey Pullig’s pass to win the game in the last minute of play in the fourth quarter. When Zach intercepted the pass, the entire stadium went crazy. It was the first Southwest Conference loss for A&M in five years and was the beginning of my absolute obsession with Red Raider sports. Other games in Texas Tech history were greater like the Crabtree catch vs. The University of Texas, many of the Final Four competitions, the College World Series and the 1993 Lady Raiders basketball National Champions, but that moment in 1995 was personal. Texas Tech dominated the Aggies in football 11-6 until the Aggies ran away to the SEC. Good times!”

“For what it is worth, my most memorable moment was back in 1999 at the MLB All-Star game in Boston at Fenway. I was working at Omni Parker House at the time, and the citywide gave tickets to the hotel employees. I got to sit out in the bleachers with the Fenway Faithful for the best Home Run Derby. At the time, the balls were juiced and so were the players, but no one cared. Ken Griffey Jr. won it, and Mark McGuire hit an impressive 13 in the first round. He even hit a couple that still might be sailing today! I remember that Nomar only hit two in the first round. To see Griffey, Bagwell, Sosa, McGuire and Nomar in one night was a fun night for my wife and me. I even have the ticket stub in a frame in my office.” 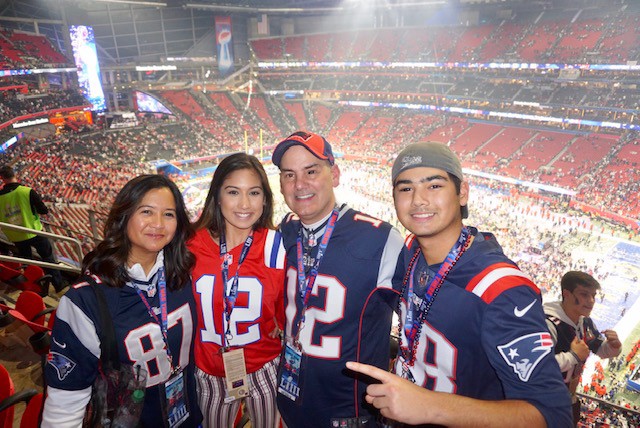 “As a passionate Patriots fan, watching the Pats win in Atlanta with my family was incredible. We witnessed history with Brady and Belichick winning their sixth Super Bowl, and their last, together.”

“I was in 8th grade living in Plano, Texas and went to our city’s playoff game with my dad. Plano East entered the game ranked number No. 2 in the state and Tyler was ranked No. 3, both teams undefeated. Tyler was running away with a 41–17 lead with 3:00 minutes remaining in the game. Plano East scored to bring it to 41–23 with 2:36 on the clock. The Plano East Panthers then went on to successfully execute three onside kicks in a row, recovering the ball each time and driving down the field for a touchdown on each occasion to take the lead 44-41 with 24 seconds to go. Tyler then took the ensuing kickoff back 97 yards for a touchdown to take the lead back 48–44 with 11 seconds left which turned out to be the final score. The game drew national attention due to its wildly improbable and tumultuous finish. The play-by-play announcers became famous because of how hilarious, folksy and partisan their commentary was during the comeback.

It was special for me because it was arguably the greatest high school football game of all time, and I got to witness it with my dad. It was also special because three years later I played football for the same coaching staff at Plano East and played my last game my senior year at Texas Stadium against another East Texas team, so it felt somewhat déjà vu.”