North Carolina is arguably the craft beer stronghold of the Southeast, and in the last five-plus years, Charlotte has earned a name as one of the state’s top destinations for microbrew aficionados. The first brewery in the Queen City opened in 2009. Just seven years later, there are dozens of breweries on the scene and more in the works. Here, beer writer and author of “Charlotte Beer” and “Beer Lover’s the Carolinas,” Daniel Hartis, and Michael Brawley, founder of Brawley’s Beverage, share expert advice on the best breweries to visit in the city.

The grandfather to Charlotte’s craft beer scene, OMB, as it’s known, opened in 2009 in the historic South End neighborhood. The focus is German-style beers, from a Dunkel dark lager to Southside Weiss wheat ale, brewed in accordance to the Reinheitsgebot, the German beer purity law that regulates the ingredients of beer. The authentic German feel extends to its space as well. “They have the most impressive beer garden and tap room,” Hartis says. “The [property] is about 8.5 acres, and is what you expect of a true German [beer garden].” For a look into the brewhouse, brewery tours are offered Saturdays and Sundays at 2, 3 and 4 p.m. Tours are free, and advanced registration is not necessary.

Legion Brewing Co. was the first brewery to open in Charlotte’s Plaza Midwood neighborhood, located northeast of Uptown. While less than a year old, its varied beer lineup has already made an impression on local beer drinkers. Offerings include funky or fruited varieties like a sour pale ale, margarita gose and blueberry and blackberry saison, alongside a more traditional pilsner or pale ale. “They’re doing quick sours and Berliner weisses, and churning out a lot of really good, juicy IPAs,” Hartis says. Brawley counts their Juicy Jay American IPA as one of his recent favorites.

NoDa Brewing Co., which celebrated its fifth anniversary in October 2016, is known for its mainstays like the Hop, Drop ‘N Roll IPA, Jam Session Pale Ale and Coco Loco Porter, which can also be found in 16-ounce cans around town. The brewery’s North End location on North Tyron features a taproom and patio with bocce ball, cornhole boards and disc golf baskets, plus a play space and a walk-up side-bar window. The Tin Kitchen food truck serves tacos, quesadillas and other eats daily. The brewery’s popular run club takes place Wednesdays with a 1-, 3- and 5-mile route. Daily public tours are available. They are free, and reservations are not required.

The South End’s Wooden Robot Brewery “really hit the ground running,” Hartis says. The brewery, which is just over a year old, serves Belgian-style ales. The selection ranges from the classic, like the Overachiever Pale Ale, to the more creative, such as Good Morning Vietnam coffee vanilla blonde ale, brewed in collaboration with Charlotte’s Enderly Coffee. The young brewery has also made a name for its small-batch, limited-release sour beers, including a sour IPA and a sour farmhouse ale. For food, the Twisted Eats by Kre8 food truck is stationed at the brewery Tuesday through Saturday evenings, serving dishes made with Wooden Robot’s beers.

The food offerings at Heist—what it calls “twisted American cuisine”—may draw many locals to this NoDa brewery, but the beer shouldn’t be missed either, says Brawley. It offers a selection of Belgian-style, session and hoppy ales on tap, while the food menu includes gourmet flatbreads, burgers, sandwiches and wraps, plus charcuterie and shared plates like fry basket ribs and lobster macaroni and cheese for dinner. The weekly run club, held every Monday night at 6 p.m. with 1-, 3- and 5-mile courses, is sure to work up an appetite. After the run, participants can enjoy live music with their meal and ale. The brewery is open for lunch and dinner seven days a week, in addition to brunch on Sundays.

Birdsong Brewing Co. arrived on the scene in 2011 with its unfiltered beer brewed with “natural, fresh ingredients wherever possible,” says Jacqueline Parker, taproom manager. It has gained a following for its Jalapeño Pale Ale and Higher Ground IPA as well as inventive seasonals and limited releases. Its taproom on North Davidson is a “culmination of our philosophy and mission,” Parker says. “We want good people to enjoy good beer.” The earthy influenced space, featuring tables and bar tops made from repurposed wood found by a local craftsman, offers four primary year-round beers, plus rotating seasonals and local or regional guest taps. A food truck often makes the round at night, and weekly small batches are released each “Thirsty Thursday.” For fall, the brewery released its St. Tuber Abbey Ale, brewed with roasted North Carolina-grown sweet potatoes. Mexicali, a mole-style stout with cinnamon, serrano peppers, cacao nibs and ground Mexican coffee, was released in late October and will be available through February 2017. Year-round tours are offered Thursdays at 6:30 p.m. The tours are free, and reservations are not required.

Lenny Boy Brewing Co., in Charlotte’s developing South End, embraces organic brewing. A certified organic brewery, it specializes in kombucha, the fizzy tea drink, as well as gluten-free and gluten-reduced beer options and organic ales. Many of its wild ales, fermented with a well-maintained in-house yeast culture, are gluten-free and brewed with nontraditional ingredients, from sweet potatoes and molasses to watermelons, elderberries, peaches and grapes. Its more traditional styles, like Herb’s Pale Ale brewed with Perle, Cascade and Simcoe hops, and a reduced-gluten Life in the South Lager, are organic. Rounding out the healthful approach, the brewery holds yoga at 10 a.m. on Saturday mornings and a run club at noon on Sundays with 1.5- and 3-mile options.

Triple C Brewing Co. has a strong barrel-aging program, says Hartis, which includes the seasonal Up All Night, a breakfast porter aged in bourbon barrels, and The Dude Imbibes, a rum barrel-aged coffee stout. The hoppier offerings aren’t to be overlooked, either. Brawley recommends the Greenway IPA, one of the more underrated local IPAs, he says. In addition, the 3C IPA won a bronze medal at the 2015 Great American Beer Festival in the Strong Pale Ale category. A variety of food trucks stop by regularly. The South End brewery and taproom, which opened in August 2012, also plans to scale up with an expansion into the neighboring lot, which will include space for a small pilot brewery, more brewery production and additional patio space.

Sycamore is a destination brewery, says Hartis, as it rarely distributes its beer outside of its taproom. Luckily, the South End brewery, housed in a former auto shop, is located a short walk off the light rail and features a spacious beer garden. The constantly rotating 28 taps feature pale ales and IPAs, saisons, blonde ales and more. Sycamore also plays host to the city’s popular Food Truck Fridays, where a rotating lineup of local food trucks circle up in the brewery’s 1.6-acre lot. It also offers a brewery breakfast the third Saturday of each month. 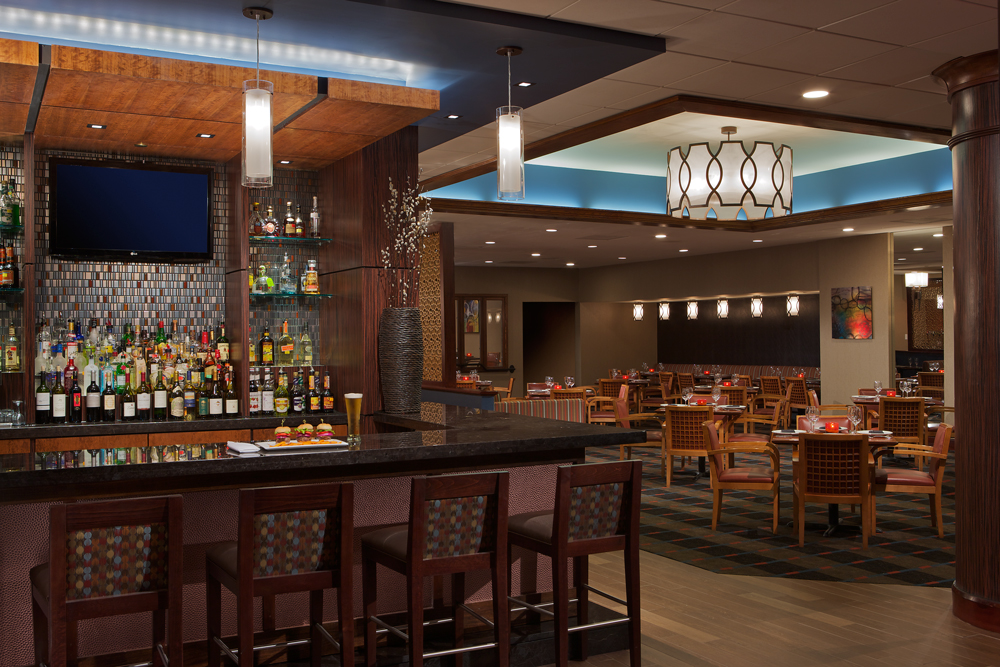 Get a taste of North Carolina Craft Beer with these four local beers on offer at Omni Charlotte Hotel’s Trade Restaurant & Bar.

OMB Copper – 4.8 percent
This amber ale is a local classic. An altbier, a traditional German style, it’s brewed with Bavarian hops and in accordance with the Reinheitsgebot German beer purity law.

Birdsong Higher Ground IPA – 7.0 percent
A West Coast-style IPA, Birdsong’s Higher Ground is one of the brewery’s four year-round offerings and its best-seller. It’s hopped with Columbus, Cascade, Galena and Zythos hops and dryhopped with Cascade.