Skip to content
Share:
Written by Stephanie Karlee Prazak. Traveling is more than just sightseeing, it allows the opportunity to immerse yourself in new communities and cultures. From sunny Southern California to vibrant Vancouver, this 1,400 mile West Coast drive will definitely not disappoint. With numerous Omni Hotels & Resorts as well as Global Hotel Alliance properties along the way, it’s easy to find luxury. 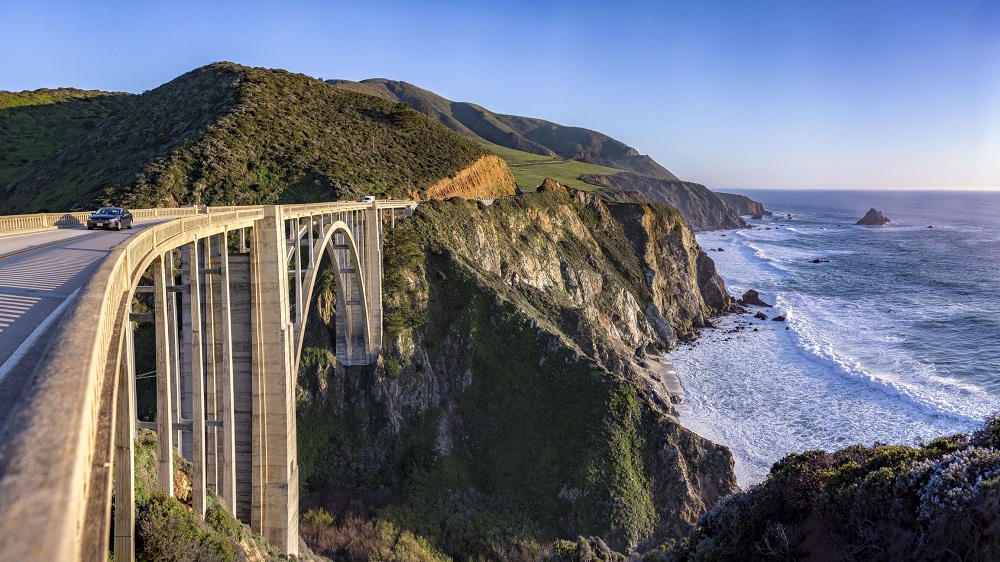 Start out in San Diego and explore the San Diego Zoo at the 1,200 acre Balboa Park which also houses the San Diego History Center, Japanese Friendship Garden and museums like the San Diego Natural History Museum. With more than 100 breweries in the county, visit world-famous brewing companies like Karl Strauss and Ballast Point. The up-and-coming theater scene also features some of the hottest Broadway hits on the West Coast. 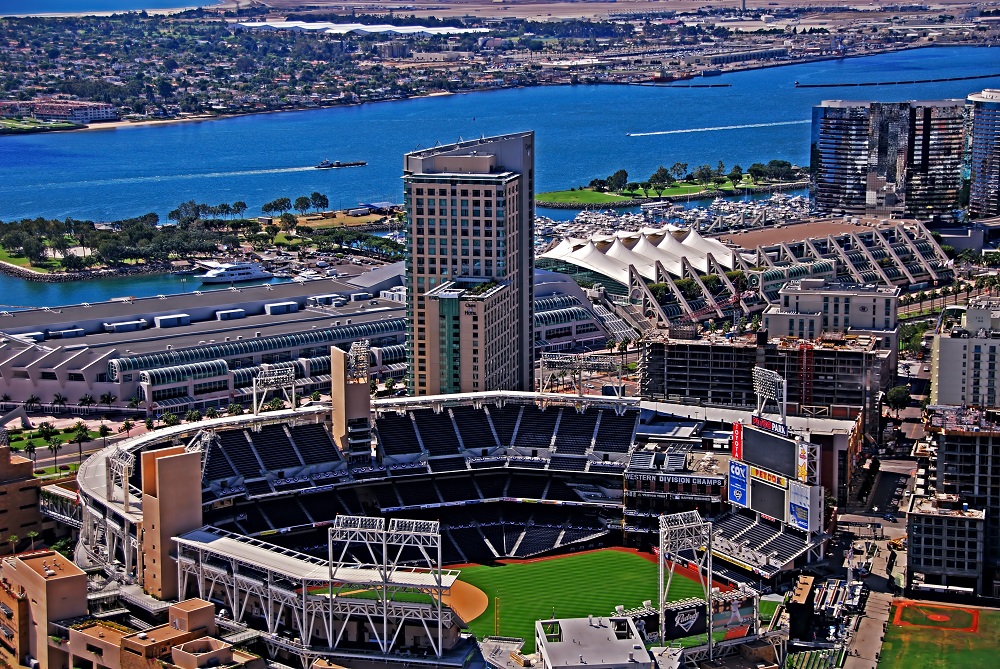 The Omni San Diego Hotel offers the perfect base in this city located in downtown right next to Petco Park, home of the Padres baseball team. Before packing up to head north, be sure to stop at Sea Cliff Park for panoramic views of this famous San Diego point break.

Situated near the northern border of San Diego is Carlsbad, the next stop on the list. Visit SoCal Surf Lessons, one of the best surf schools in Southern California that has students quickly riding the face of waves. If yoga sounds a bit more relaxing, The Chopra Center at Omni La Costa Resort & Spa offers inspiration yoga and re-centering offerings. 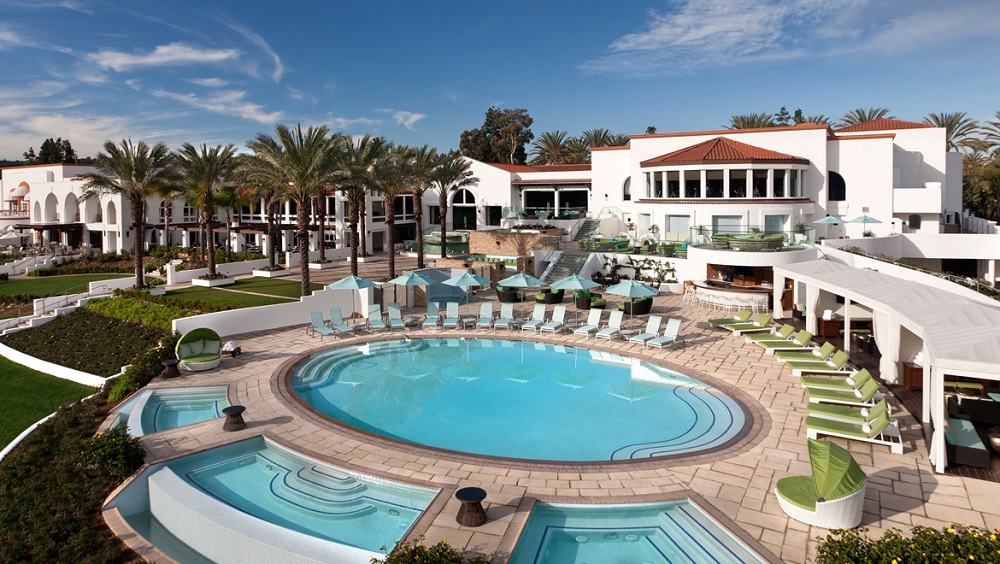 Encinitas Ashram Center and Meditation Gardens is also located just a short 6 miles from the hotel. After yoga and a visit to the meditation garden, check out The Spa at La Costa which offers facials, massages and more. Or, with eight pools available, opt to spend the day relaxing under the sun.

The City of Angels is home to some of the most talented individuals in the world, and not just in the movie business. Walking distance from the Omni Los Angeles Hotel at California is the local hotspot Industriel Urban Farm Cuisine, an eatery that serves up made-from-scratch cuisine from an LA chef. 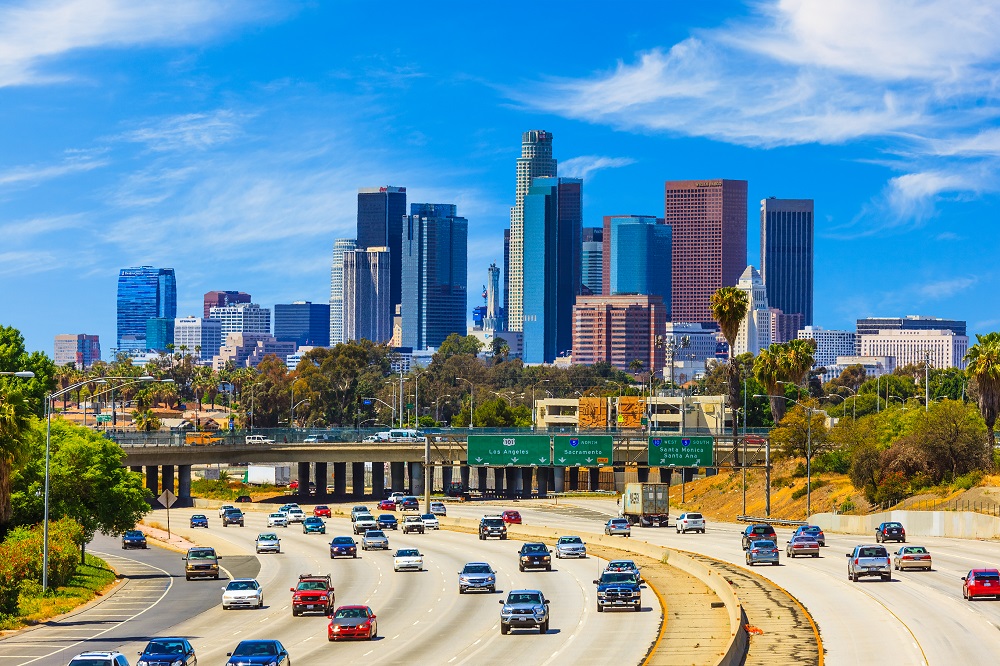 To make a day of this city, head to the Annenberg Space for Photography. Free to the public, this gallery hosts rotating exhibits throughout the year. The space specializes in both digital and print photography all while displaying everything in an intimate environment.

Breathe in the beach air while winding along Highway 1 and the 100 miles of coastline from Los Angeles to Santa Barbara. Look north to Ventura as you pass by the Santa Monica Pier which offers the best chance of seeing the Channels Islands National Park. 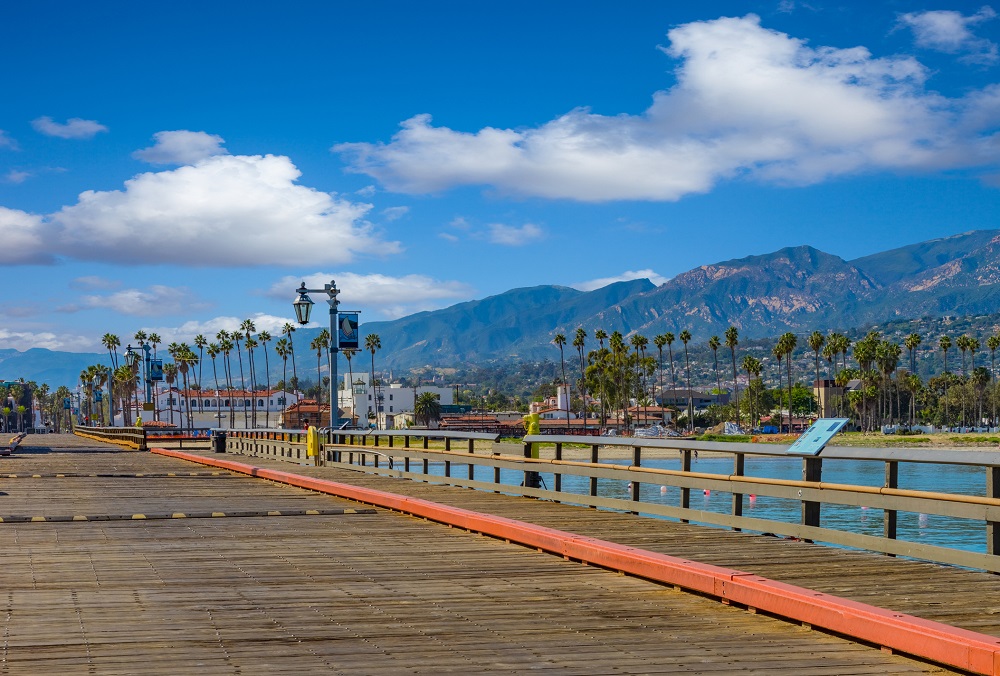 Ventura Harbor Village offers great views and opportunities to indulge in fresh seafood. Once in Santa Barbara, stretch your legs on a breathtaking hike up San Marcos Pass Road and check out Lizards Mouth rock which offers panoramic ocean views. Catch the sunset before heading back to the trailhead, located at West Camino Cielo, Los Padres National Forest.

The land of Sourdough bread, Ghirardelli chocolates and Golden Gate views welcomes you in San Francisco. Zip across the Golden Gate Bridge on an electric bike or have an adventure along Fisherman’s Wharf with Blazing Saddles Bike Rental Sand Tours. Visitors can traverse the bridge and end in Sausalito before turning around to head back to the big city. 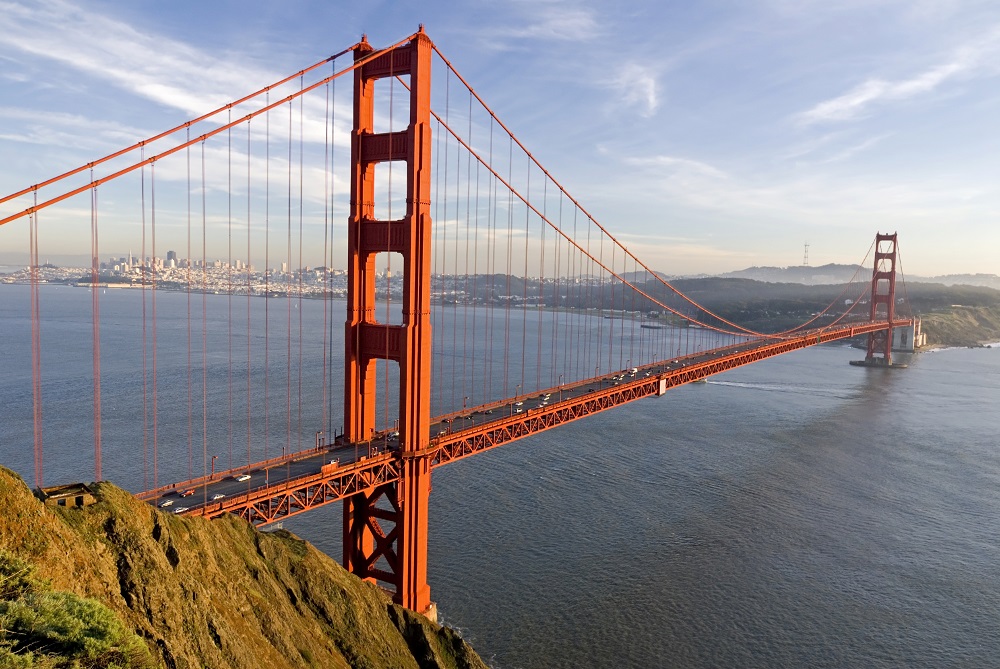 Omni San Francisco Hotel is only a brisk walk through the Financial District from the bayfront Ferry Building where the bike tour ends. Be sure to stop and try one of the local coffee favorites like Blue Bottle Coffee or Philz Coffee on the way back.

Just 50 miles north of San Francisco, relax from the hustle and bustle of the city at one of the world’s finest wine destinations. Settle into The Meritage Resort and Spa situated outside the bustling downtown area and soak in the pools before taking on wine country. 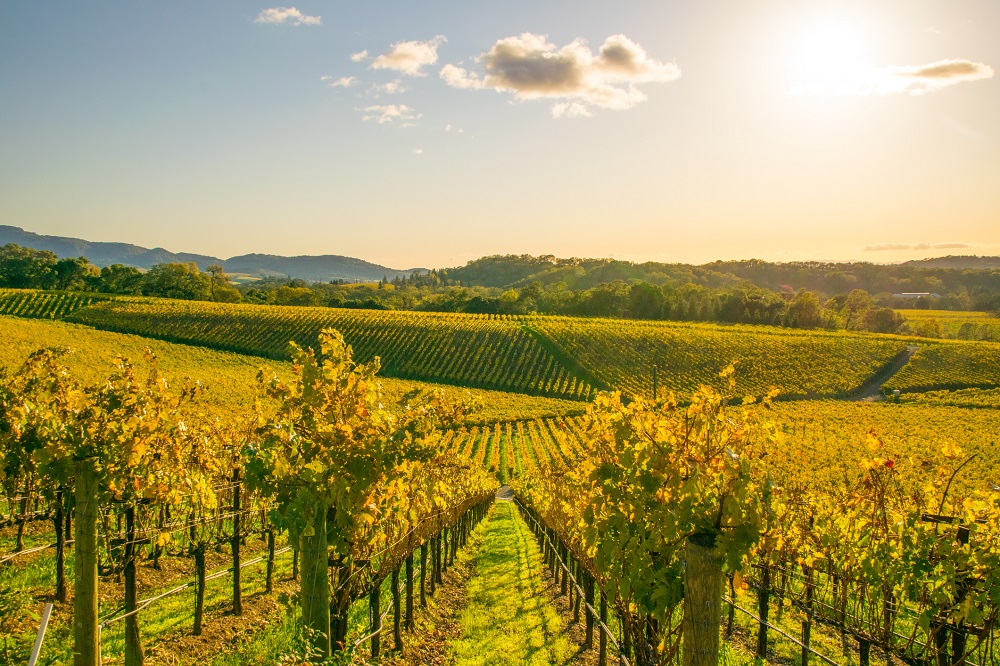 The perfect Napa experience starts at sunrise with the Napa Valley Balloons Inc. tour. Take a deeper dive into the wine country by hopping on the Napa Valley Wine Train which covers 36 miles in round-trip journy to St. Helena and back. Riders can pick from various experiences but favorites include the Raymond Vineyards as well as tasting at Castello di Amorosa.

With historic districts filled with small urban parks and old-fashioned houses, Portland comes up next. Cross the Willamette River via the Hawthorne Bridge, the oldest operating vertical lift bridge in the United States. Once across experience Portland’s expansive dining and brewery options including Bridgeport Brewing Co. and Burnside Brewing Co.

Forest Park also offers more then 5,000 acres and 70 trails to wander while Portland is also home to Japanese, Chinese and rose gardens. Less than an hour outside the city is Multnomah Falls, a waterfall in the Columbia River Gorge. Before you head out, catch the “Keep Portland Weird” photo on Third Street and grab a famous Voodoo Doughnut.

Now it’s time to indulge in the city of Seattle, also known as the Emerald City. Home of the world-famous Pike Place Market, choose between fresh fish at a seafood stand, shopping for speciality items at owner-operated shops or fueling up at the original Starbucks.

Setup home at the Pan Pacific Seattle hotel, just a quick 15-minute walk from Pike Place Market. The real Seattle experience comes in the form of one of the city’s most decadent dishes, geoduck. This saltwater clam is native to the Pacific Northwest so check out the tide-to-table restaurant Taylor Shellfish Farms for some of the highest-rated geoduck and local oysters in the city.

Although in an entirely new country, the brisk Vancouver coastline won’t look too unfamiliar after experiencing Seattle. Taking a ride on one of the False Creek Ferries is breathtaking but don’t forget to head inland for an adventure at the Capilano Suspension Bridge Park. 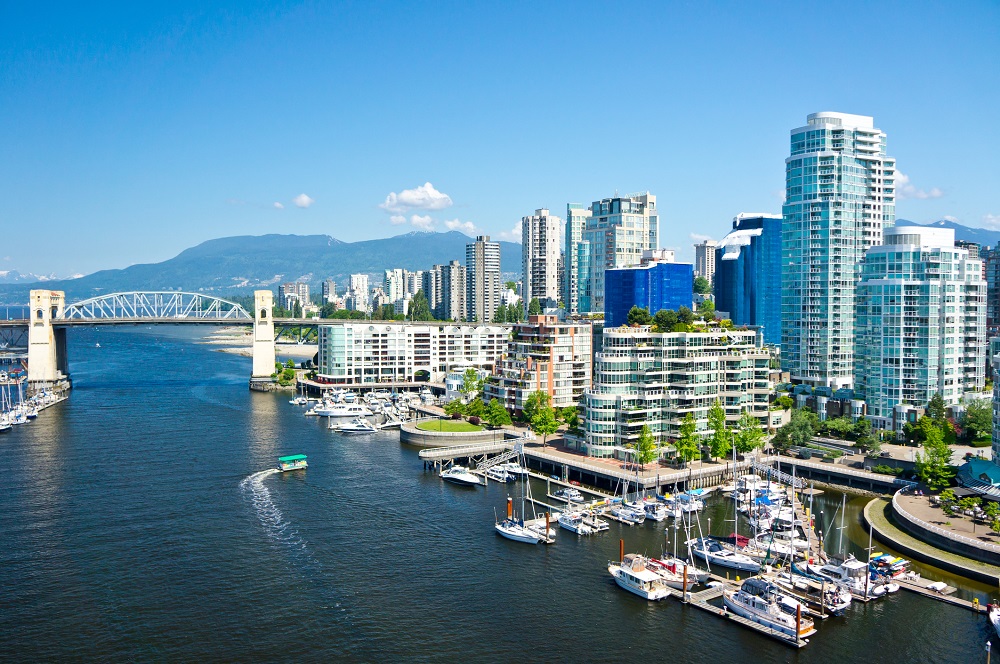 Constructed in 1889, it’s the oldest tourist destination in the city with a 450-foot-long, 230-foot-high bridge that spans the width of the Capilano River. To wrap up the day, catch the sunset from the harbor-view Pan Pacific Vancouver hotel. Watch the sun dip below the horizon from the comfort of your room or along the waterfront footpath, The Canadian Trail.