Want to spice up your holiday? 5 food trends to try by Omni

Warm your palate this winter with this year’s hottest food trend: the layered flavors of spice. Carefully curated recipes from our chefs’ kitchens are heating up menus across the country — here’s how you can get a taste of the trend. 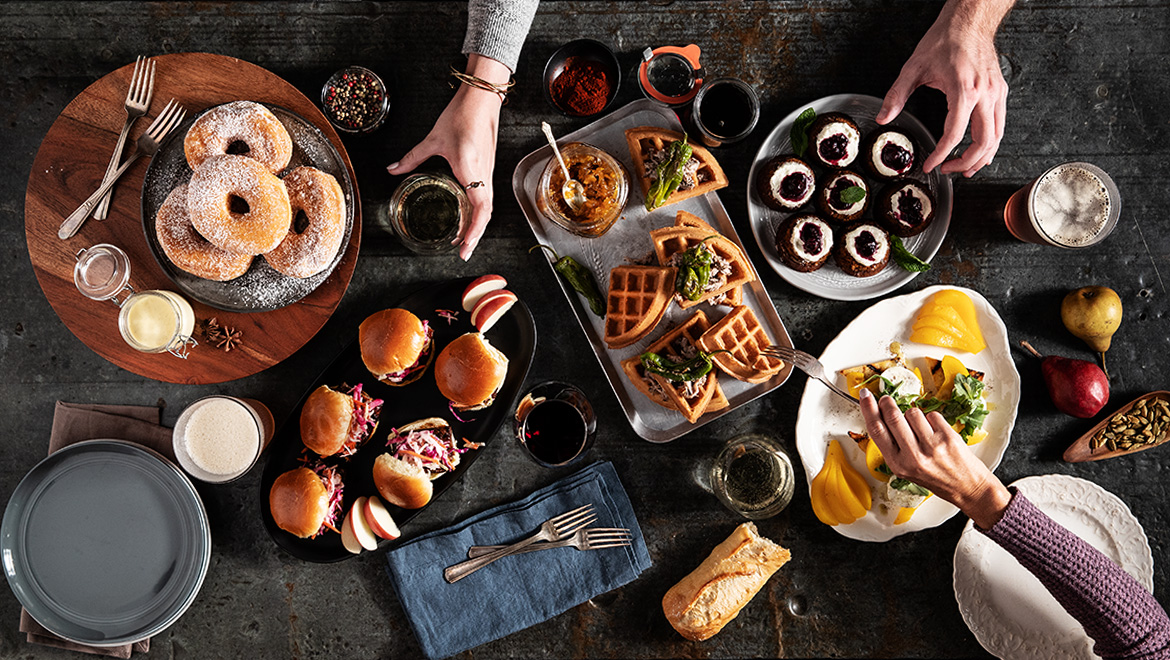 Few spices are as well known in flavor, but not in name, as cardamom. The quintessential spice in chai lattes, this small pod native to southern India packs flavor that’s complex, warm and aromatic. One of the most expensive spices in the world (second only to saffron and occasionally vanilla pods, depending on market fluctuations), cardamom’s rich flavor is generally used sparingly, as even small amounts of the precious powder can pack a delightful punch. When buying at the store, look for whole pods to grind as needed for recipes — the ground spice tends to fade quickly when stored. Try cardamom this season at Omni Hotels & Resorts with the Cardamom Pear Salad (recipe courtesy of chef Thomas Rhodes of Omni San Francisco Hotel). Bright, delicate flavors are accented with the faintest whisper of cardamom as the acidity of a champagne vinaigrette over arugula contrasts with the mild creaminess of fresh burrata cheese on a toasted bread crouton. 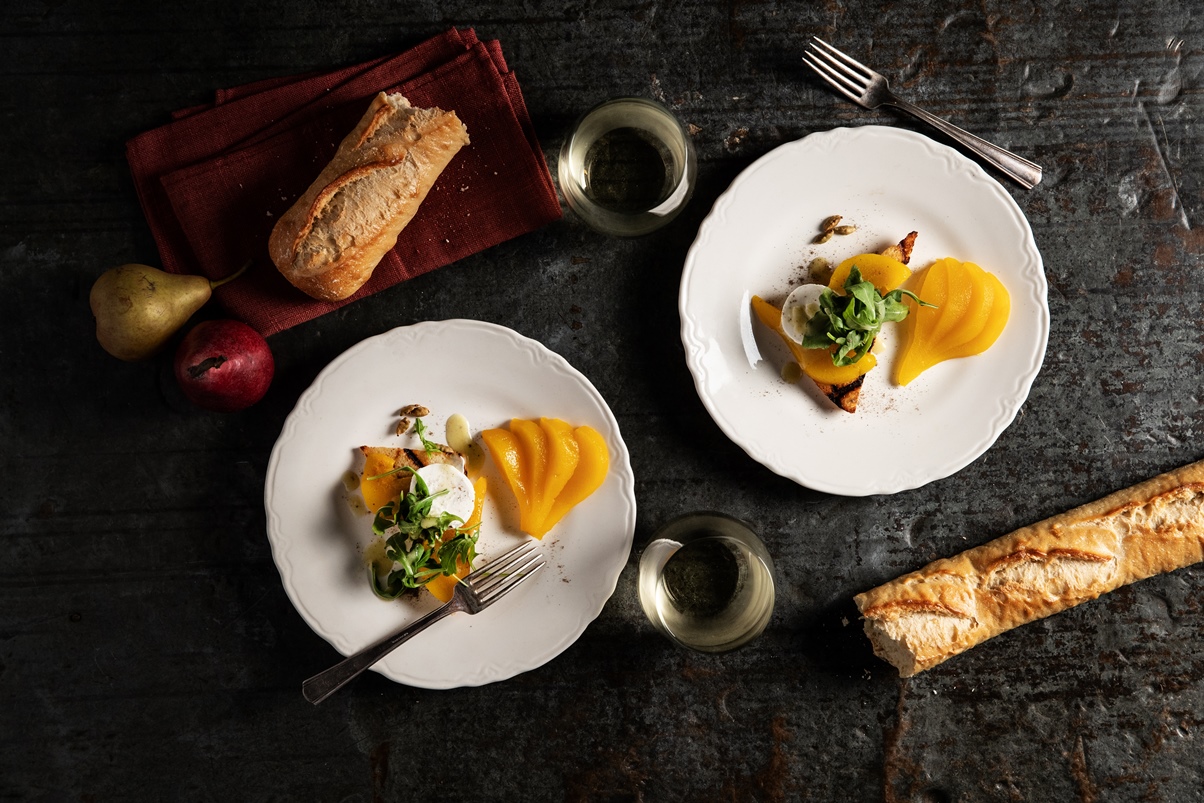 The name Szechuan peppercorn (or alternately, Sichuan pepper) may sound like it’d cause diners to break a sweat, but the curious spice is not a pepper at all — it’s the seed husk from the prickly ash shrub. Still relatively unknown to the American market due in part to a ban on its import to the U.S. from 1968-2004, the Szechuan peppercorn’s defining quality is a numbing sensation it gives mouths due to the presence of hydroxy alpha sanshool. For this reason, the spice is generally used sparingly and in concert with other spices. Looking to taste this exotic flavor? Try it this season as Mirin-Poached Tiger Shrimp, a dish created by chef Marcos Seville of Omni Scottsdale Resort & Spa at Montelucia and available at Omni Hotels & Resorts across the country. The cocktail sauce incorporates the Szechuan peppercorn in a way that accents and complements the horseradish heat for which traditional cocktail sauce is known.

Apple spice may seem like a pedestrian pantry staple, but this combination of cinnamon, nutmeg and allspice (and occasionally ginger and cardamom) is now making appearances in unexpected dishes. While apple spice gets its moniker from its association with all-American apple pie, the warmth of the spice blend lends itself just as easily to savory dishes — it pairs especially well with winter squashes like butternut and acorn. The heat of nutmeg and cinnamon dance above the rich caramelized fattiness of pork belly in the Apple Bourbon Pork Belly Slider developed by chef Rommel Guevara of Omni William Penn Hotel in Pittsburgh. Delivered on a bun with a pinch of apple-Brussels slaw, the fruit and bread provide just enough sweetness to contrast the rich, savory flavors of the pork belly. 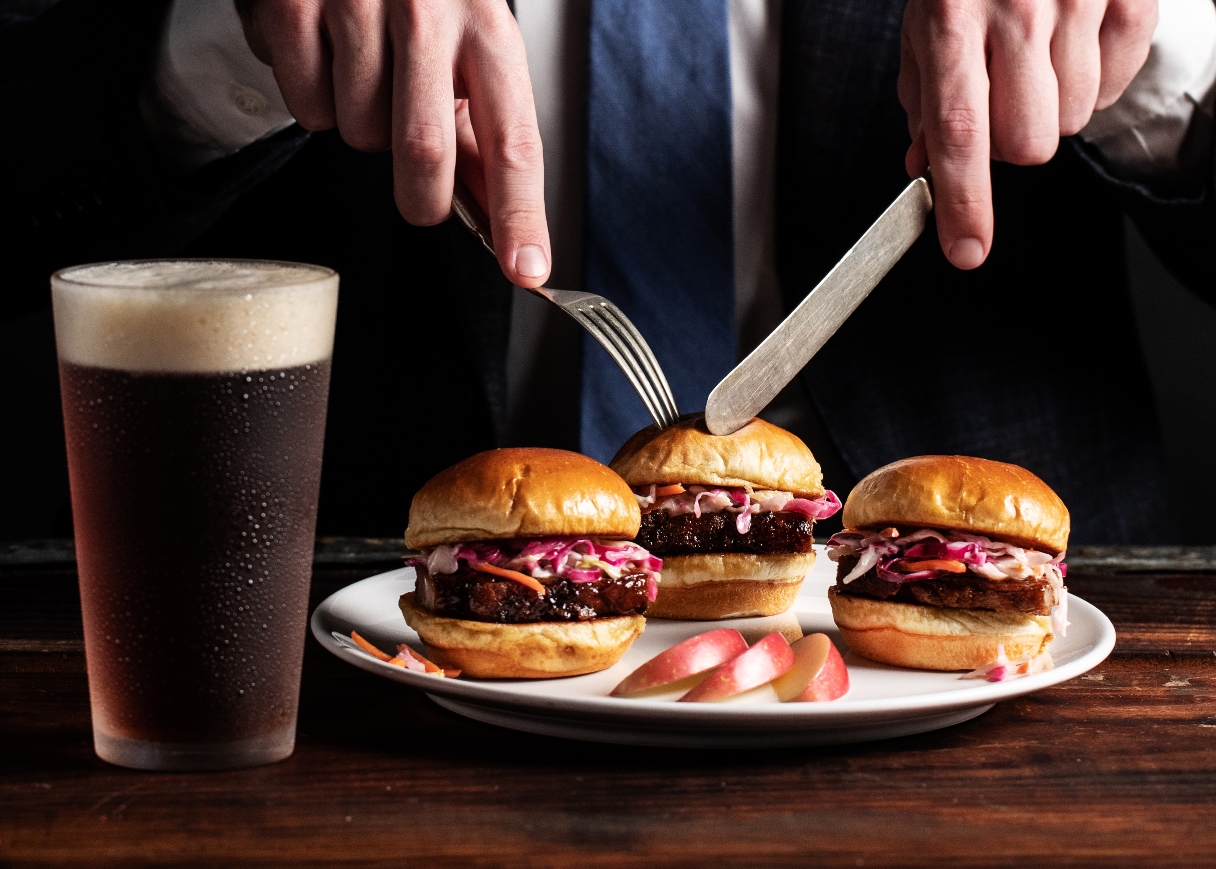 For flavors with an additional kick, chili peppers are the perfect vehicle to turn up the heat on any entrée. Think you already know chili peppers? Think again. Love the smoky flavor of chipotle? Try Morita chilies, red-ripe jalapeños that are smoked for less time than chipotle, leaving them with a slightly fruity flavor and softer flesh. Few peppers are as versatile or popular as jalapeño, thanks to the heat brought by their interior seeds and the sweetness of their flesh once the pepper has been hollowed out and deseeded. Those familiar with Mexican cuisine will know guajillo well — the dried mirasol chili is one of the most commonly used dried peppers in Mexican cuisine (second only to poblanos). Achiote presents a mild and earthy flavor. Native to Central America, its brilliant color is frequently used as a natural food coloring to create vibrant yellows, oranges and reds. Even diners with delicate palates can enjoy the Peppermint & Chocolate Mousse Cake at Omni Hotels & Resorts this season. Developed by chef Camron Woods of Omni La Mansión del Rio in San Antonio, the dessert’s chocolate melts on the tongue to give way to peppermint and a subtle note of achiote.

Ginger is known around the world for having health benefits, but at Omni Hotels & Resorts our favorite feature of the Asian superfood is the flavor. Its pungent aroma is simultaneously spicy, zesty and earthy and plays well with a wide variety of other flavors from sweet to savory. While the fresh ginger rhizome has a mild taste that lends itself to pickling or cooking into candied ginger, most people are more familiar with the intense aroma from powdered ginger made from grinding mature roots that are fibrous and nearly dry. This powder is what provides the bold, spicy flavor of namesake recipes like ginger beer and gingerbread. This holiday season, you don’t have to practice pastry architecture to enjoy the rich flavor of gingerbread. Indulge in Ginger Cake Bites that feature all the nostalgic flavor of gingerbread but with a moist, spongey cake texture (recipe courtesy of chef Marcus Striezel of Omni Frisco Hotel). Topped with lemon cream cheese frosting and accompanied by blueberry compote, the icing’s sweetness and cake’s spiciness create a balanced harmony of flavor on your tongue. 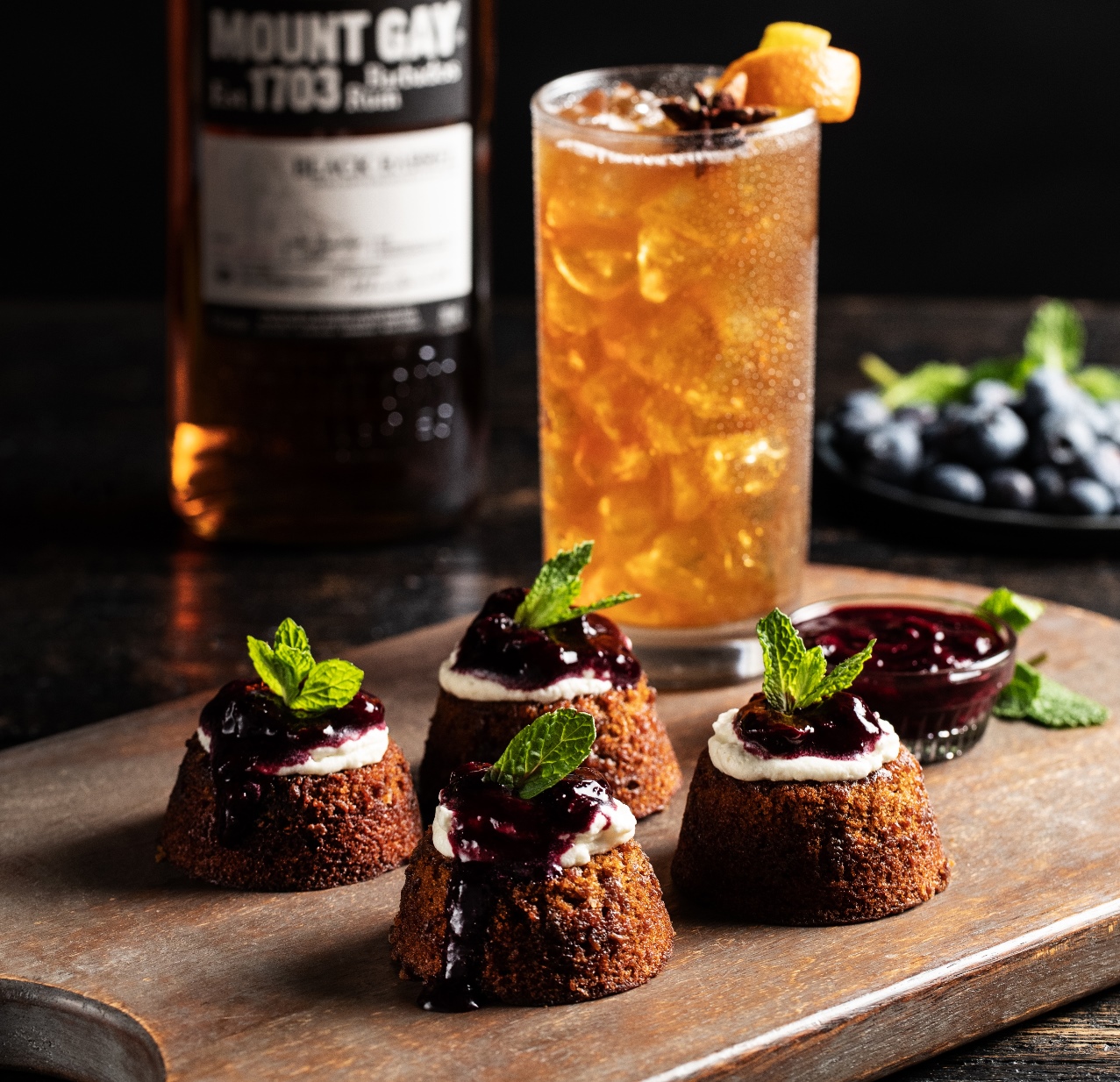 A new take on new tastes

Discover the Season of Spice, the latest installment of the Omni Originals culinary series, at Omni Hotels & Resorts across the country for a limited time only through January 4, 2020.