To be the general manager of the Omni Shoreham Hotel in 1964 was to be at the epicenter of excitement. The Beatles were already a household name but had not yet performed across the pond in the U.S. However, on February 11, 1964, the band was to have their first performance on American soil and they were going to be resting their heads at the Omni Shoreham Hotel. 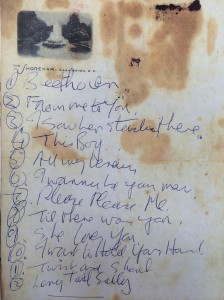 Phil Hollywood, the general manager of the hotel from 1958-1975, remembers quite well the excitement and chaos surrounding the event. He recalls that the band stayed in room 625 (now a Presidential Suite), with guards lining the entire sixth floor. Hollywood arranged for The Beatles to use the freight elevators to enter the hotel to avoid the thousands of screaming women desperately hoping they could catch a glimpse of the sensational British pop stars. Hollywood also remembers that John Lennon jotted down the playlist of 12 songs on hotel stationery – a copy of which still remains in the hotel’s lobby today.

We recently sat down with Hollywood to learn more about The Beatles’ historical first visit, other famous guests and what it was like to be the hotel’s general manager during such an exciting time.

Tell me what you remember about The Beatles’ stay at the Omni Shoreham Hotel?

These fellows were so nice. They were here for about four days. When they left, they left by bus, and by that time every kid in Washington knew they were here. Kids were crowding every exit so I got two limousines positioned out back with two motorcycle police officers to throw everyone off. I brought The Beatles through the kitchen, they waved to everyone. Then they came out through the Ambassador Ballroom, right out the french doors onto their bus. They said it was the best departure they ever had. When the bus left and I dismissed the limos, kids were left crying, I felt so bad. 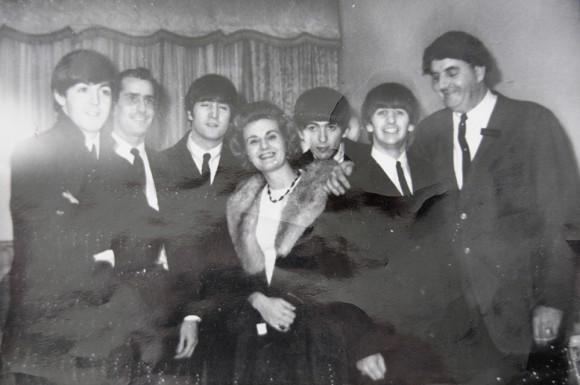 Sounds like you did your job. Do you have any humorous or interesting stories from their visit?

Oh, the hairdryer story. I went up to the suite and they needed a hairdryer. Those were the days men did not use hairdryers, they just combed their hair. So, I called Gerda (Gerda Baum worked in the food and beverage department at the hotel) and asked, “Gerda, you have a hairdryer, don’t you? Do you want to make it famous?”

The Beatles weren’t the only famous band to stay at the hotel, were they?

The Rolling Stones were here shortly after that.

You obviously weren’t a stranger to high-profile guests. Who were some of your other visitors?

During the Kennedy funeral, we had 19 Heads of State here. I stayed up all night greeting Presidents and Emperors. I never went to bed that night.

Did JFK frequent the hotel? We’ve always heard that he would take Jackie to the Blue Room on dates. Is that true?

When they were dating they would come to the Blue Room often. She was a correspondent or something, but they weren’t as famous back then. 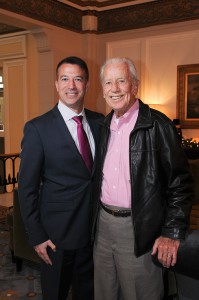 What an interesting career you had. How did you get your start?

This year, Hollywood along with the current staff of the Omni Shoreham Hotel will be celebrating the 50th anniversary of The Beatles first performance in America at their Yesterday & Today Event in partnership with the DC Preservation League. The hotel will also be offering the “Fab February 50th Anniversary Package” which includes deluxe accommodations, a commemorative gift and a welcome amenity. The lobby will display Mike Mitchell photography capturing the band’s Washington performance and a tribute documentary will be running on the hotel television’s channel. And to top off the celebration, The Marquee Bar and Lounge will be offering signature cocktails so guests can truly immerse themselves in the Beatles hysteria of 1964 in Washington. 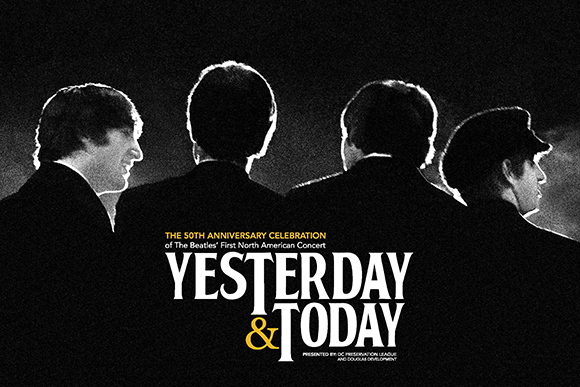