The spring wedding of Caterina “Cat” Sharifi and Joe Jackman was filled with exhilarating moments and a happy ending that was nothing short of a fairy tale. As coincidental as in cinema, the reopening of historic The Omni King Edward Hotel’s Crystal Ballroom aligned flawlessly with the couple’s nuptials 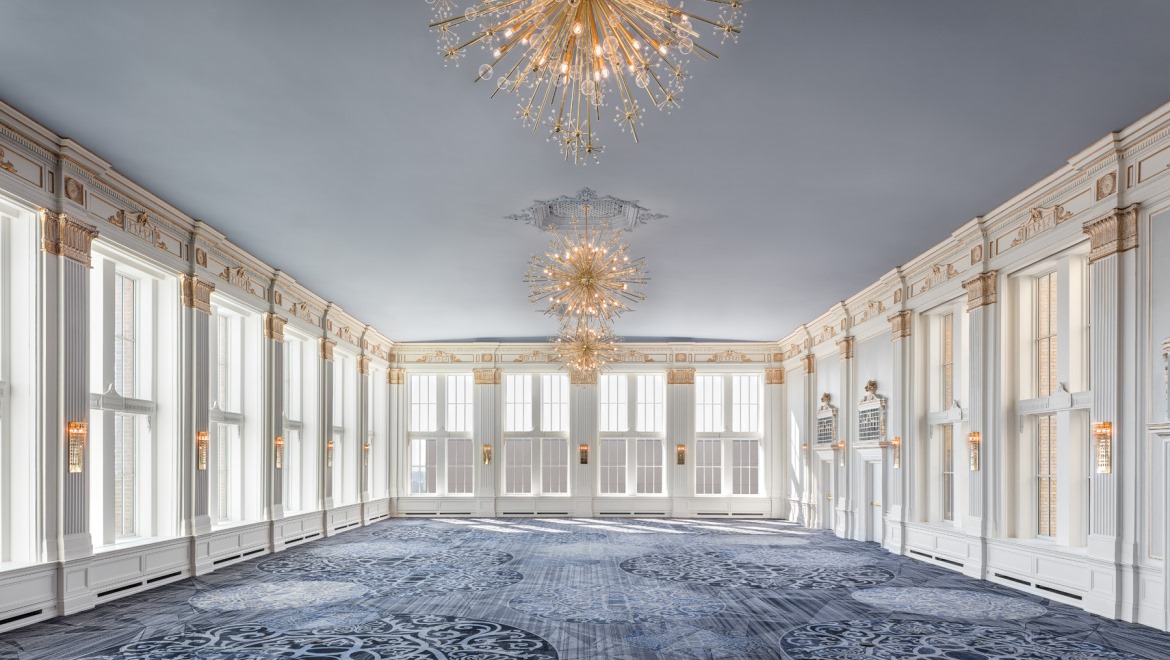 In its heyday, the Crystal Ballroom was a place where brides tossed their bouquets from the sweeping balcony; the Prince of Wales sat down to an extravagant state dinner; and big-band legends brought audiences to their feet. Nearly a century after the grand opening of the Crystal Ballroom, The Omni King Edward Hotel vowed to restore its time-honored original charm and enhance the space with an unparalleled air of modern luxury. 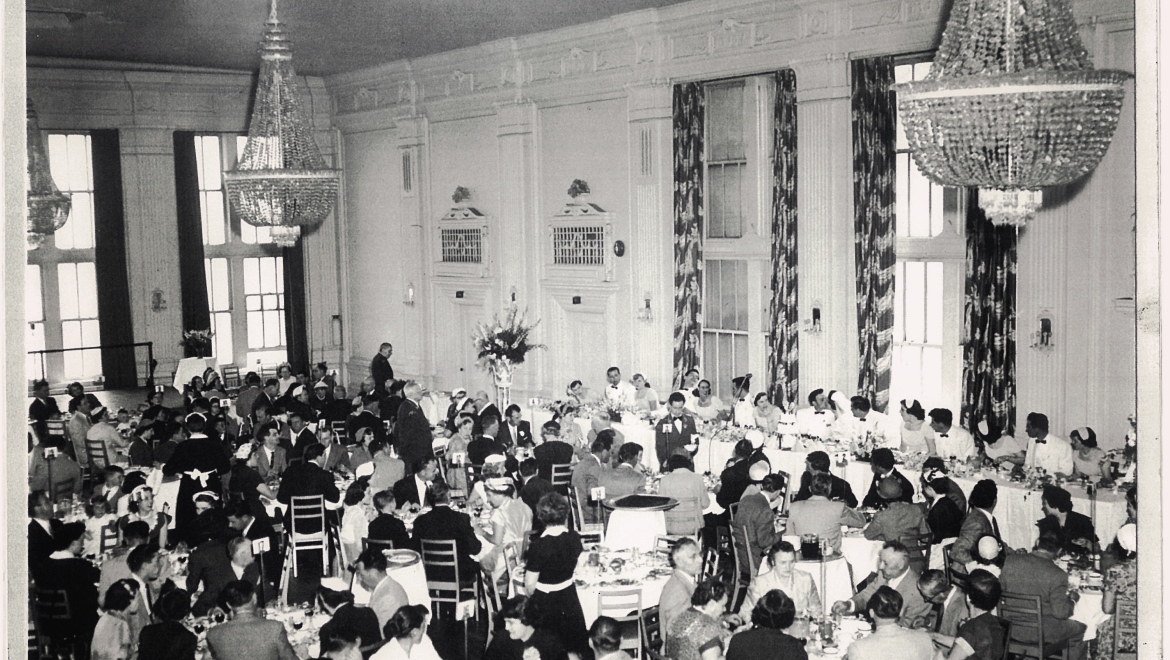 When Sharifi and Jackman’s planner, Melissa Haggerty of Spectacular Spectacular, discovered that the timing of the ballroom’s unveiling and the couple’s big day might coincide, the trio donned hard hats and work boots to tour the space. During the tour,it dawned on the couple that beneath the work equipment and dust was not only a vision coming to life, but also an opportunity to bridge an iconic past to a glamorous new future.

After an elaborate $6.5 million renovation, the Crystal Ballroom was ready to once again sparkle above the skyline as the crown jewel of Toronto. Sharifi and Jackman’s May 13th wedding presented the perfect occasion to show off the meticulous details and craftsmanship that had gone into reimagining the space. 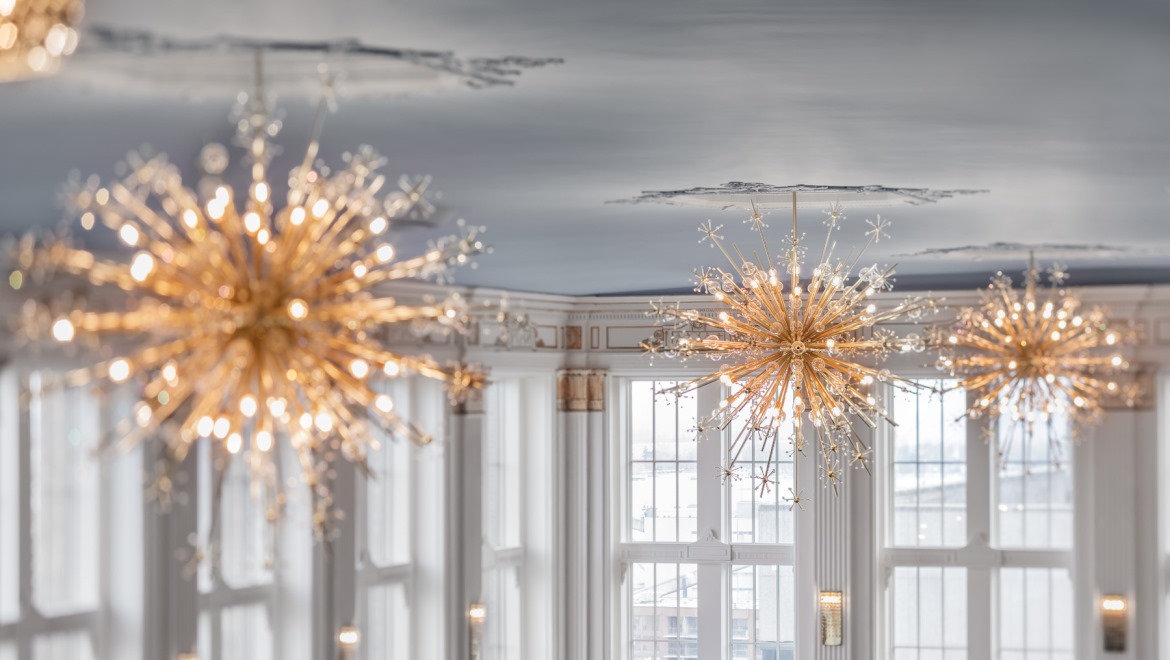 A deep respect for the venue’s legacy and the metamorphosing ballroom shaped their decisions while planning their big day. “We ended up getting inspired by the space instead of the other way around,” Sharifi says. “Instead of us transforming it, it transformed us.” 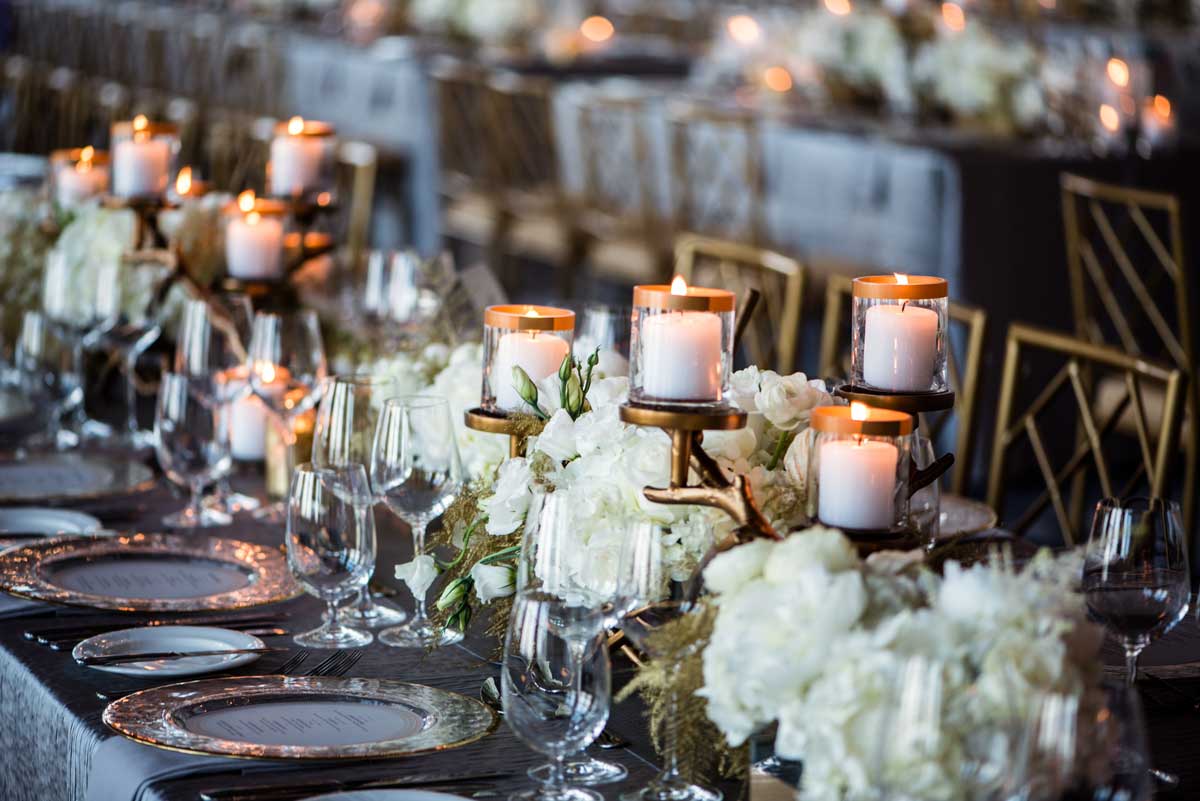 Their vision was simple: elegant, fun, with a bit of modern flourish. Down to the cuisine served and the drinks poured, they desired to capture the spirit of this storied room, both what it was and what it would be again.

Adding to the dramatic nature of their big day, the tight-lipped bride and groom wrapped their grand affair in a layer of mystique. When the 160 guests arrived from all over the world at the famed address of 37 King Street East that afternoon, they never suspected they would be the first in nearly half a century to celebrate under the soaring ceilings of the illustrious Crystal Ballroom.

“We purposefully omitted the reception venue from the invitation [to infuse an element of surprise],” Haggerty says. “They just knew they were going to the King Eddy.” 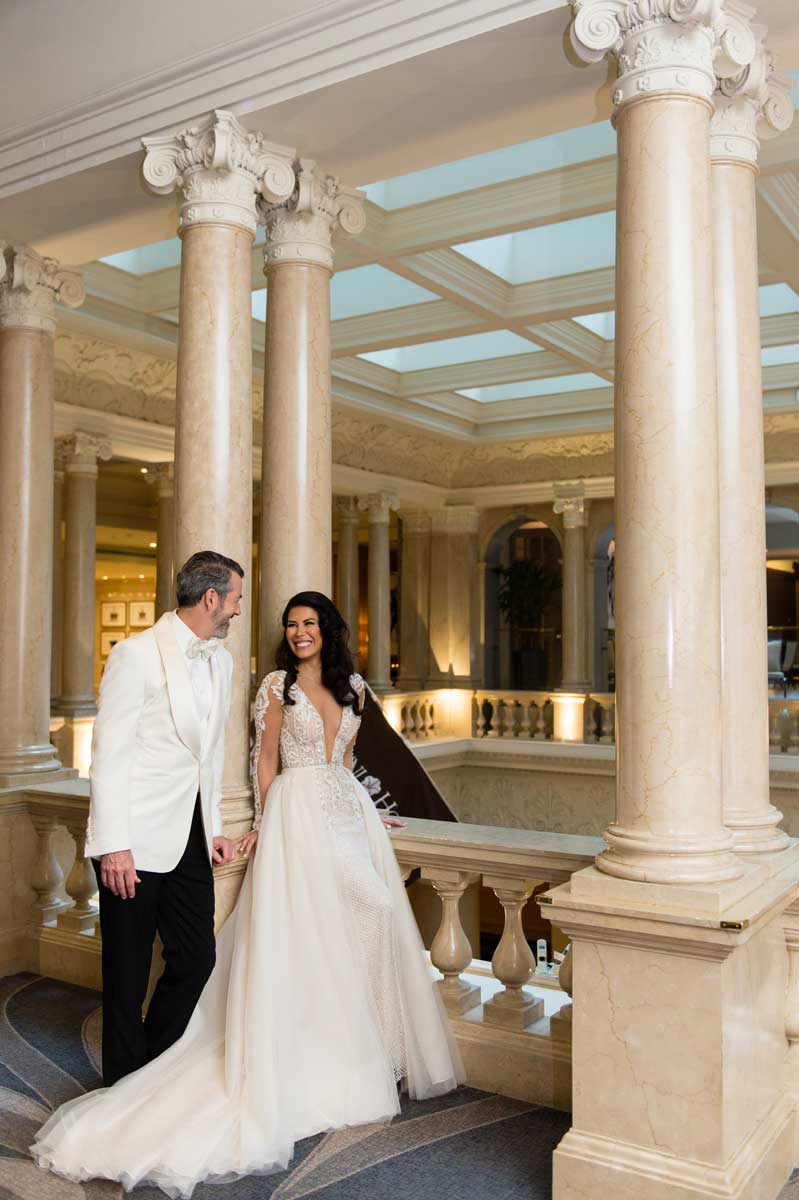 The bride wore a custom Galia Lahav dress made in Israel and personalized through Toronto’s designer bridal boutique, White. Her groom stepped out in a black bow tie and a dashing white dinner jacket and black pants by Tom Ford, which was customized by Harry Rosen.

After the ceremony, guests gathered for a cocktail hour that featured a bountiful oyster bar and three signature drinks the couple co-created with the hotel. Jackman and Sharifi say they were especially impressed with the above-and-beyond efforts behind The Persian, a special libation blended with key cultural ingredients. 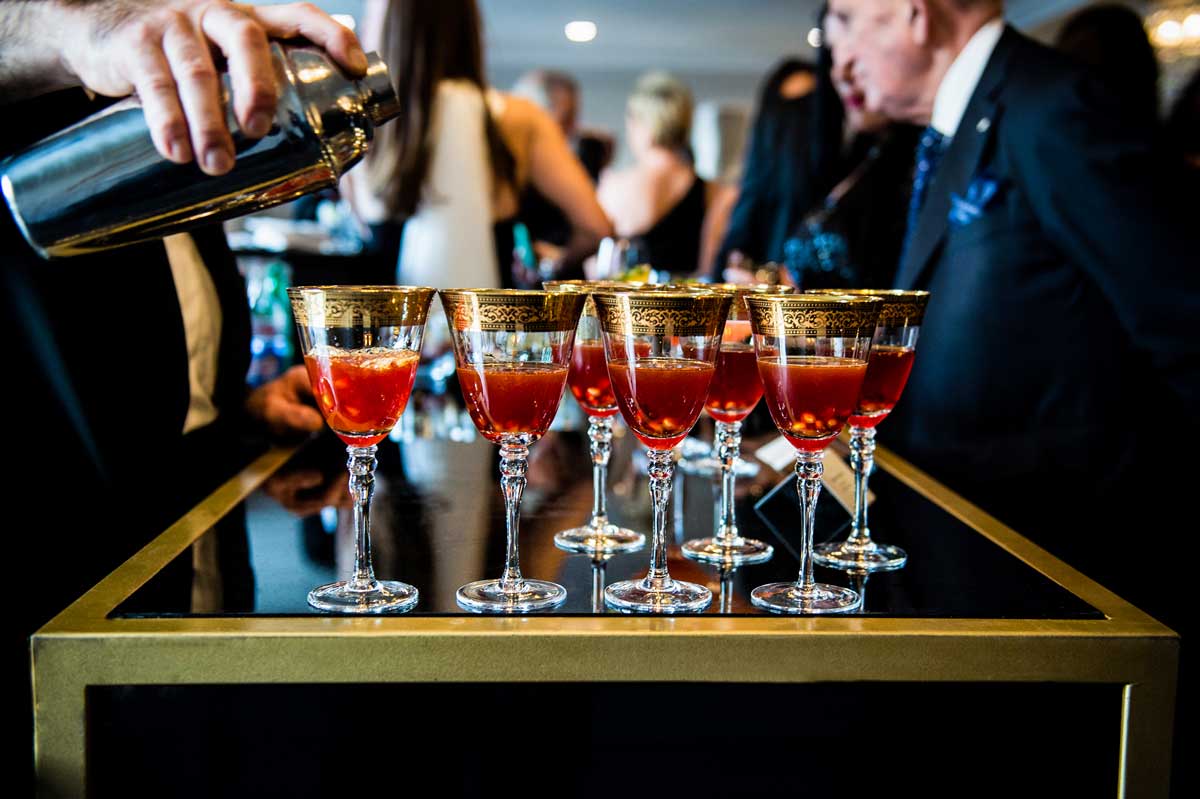 A Night to Remember

After cocktail hour, guests were escorted to the elevator and whisked up to the 17th floor for a momentous moment. From the mezzanine, the orchestra was playing in full swing as the doors to the grand 5,000-square-foot Crystal Ballroom opened to reveal the first wedding party in decades. 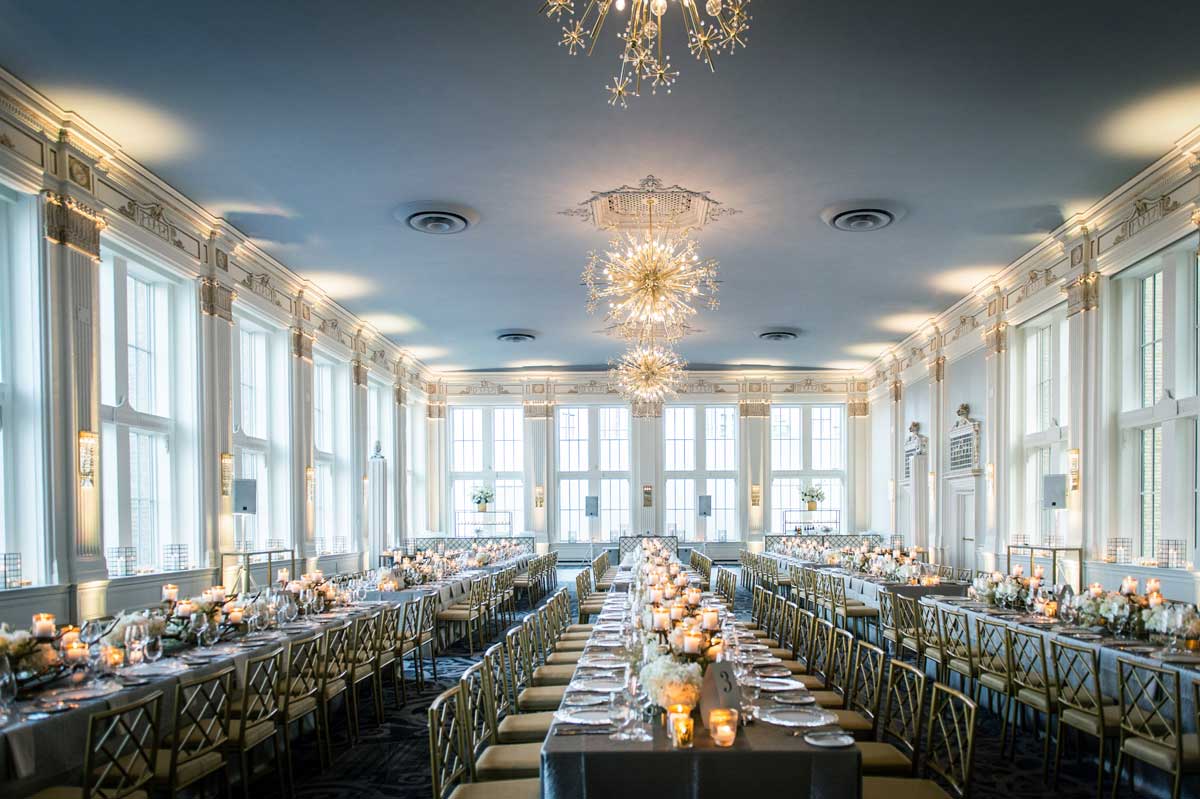 Outside the towering windows, the sun was just beginning to set, bathing the room in its warm, golden light. Hundreds of candles flickered across the tables and window ledges. From the French blue ceiling high above, three contemporary Czech-made crystal chandeliers created an ambient glow. A photographer stood ready by the door, capturing the expressions on guests’ faces as they suddenly found themselves in the spectacular space. 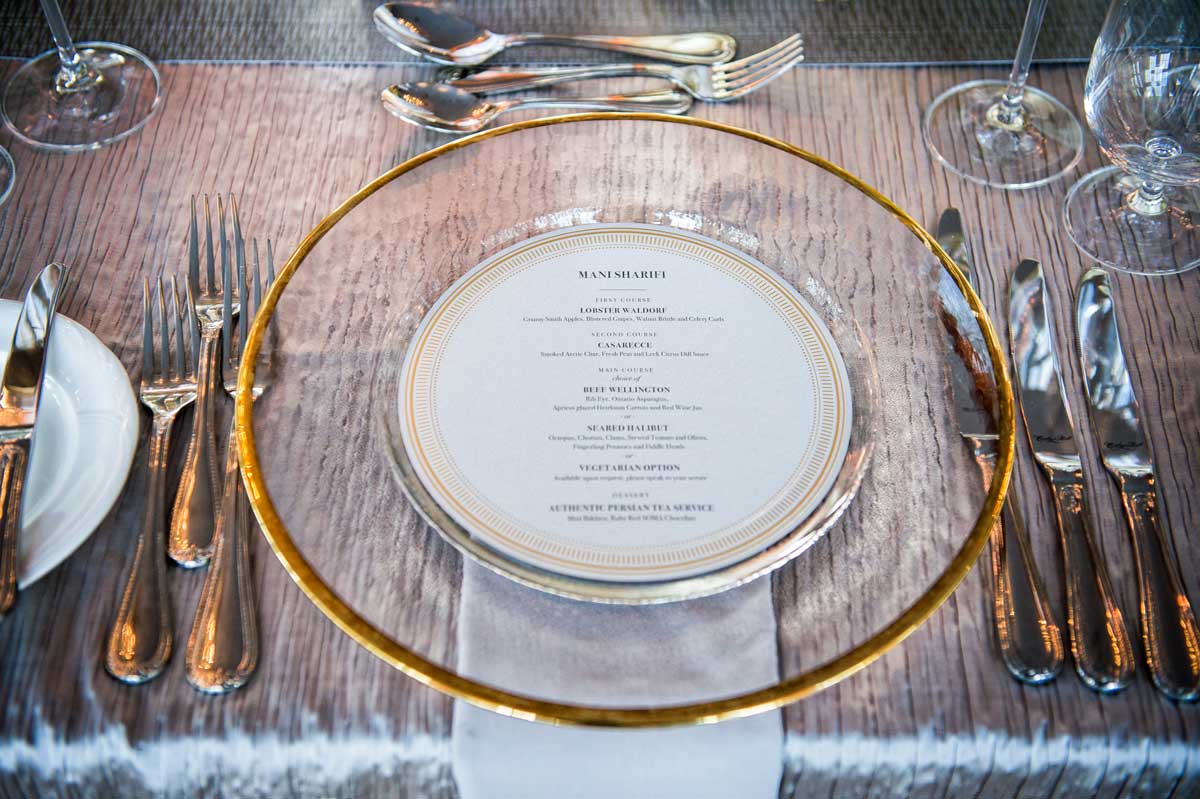 Assuring no detail was overlooked, Omni staff provided formal French-style table service—even the upscale menu was a nod to the venue’s bygone era. Haggerty says a proper beef Wellington and a jellied aspic salad were appropriate choices to evoke throwback dishes that might have once graced the ballroom’s dinner tables. 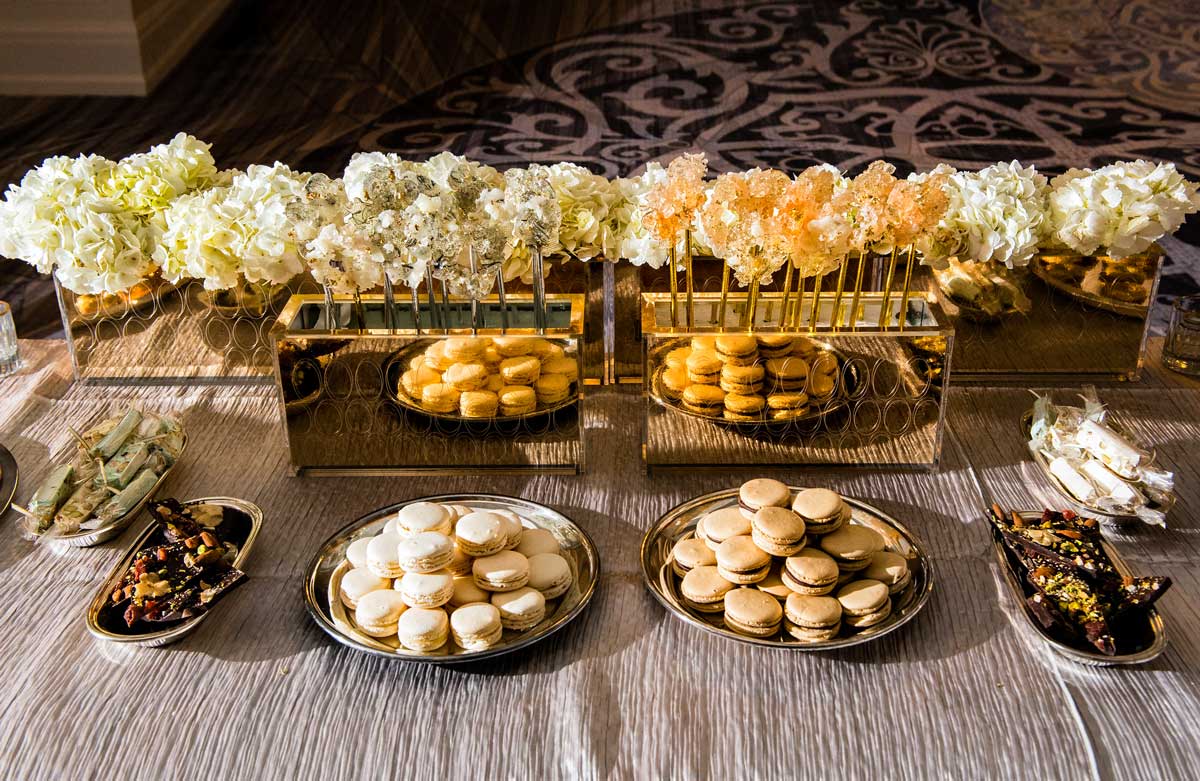 Between two courses, the groom made an appearance on the balcony with the band. He looked the part of a true renaissance gentlemen as the musicians accompanied him in an unforgettable rendition of Frank Sinatra’s “Fly Me to the Moon.”

When the orchestra finished their last set, the disc jockey stepped in to spin Persian music and elevate the party’s ambience to new heights. Just before midnight, the tireless staff delivered imaginative dessert shots to everyone on the dance floor. 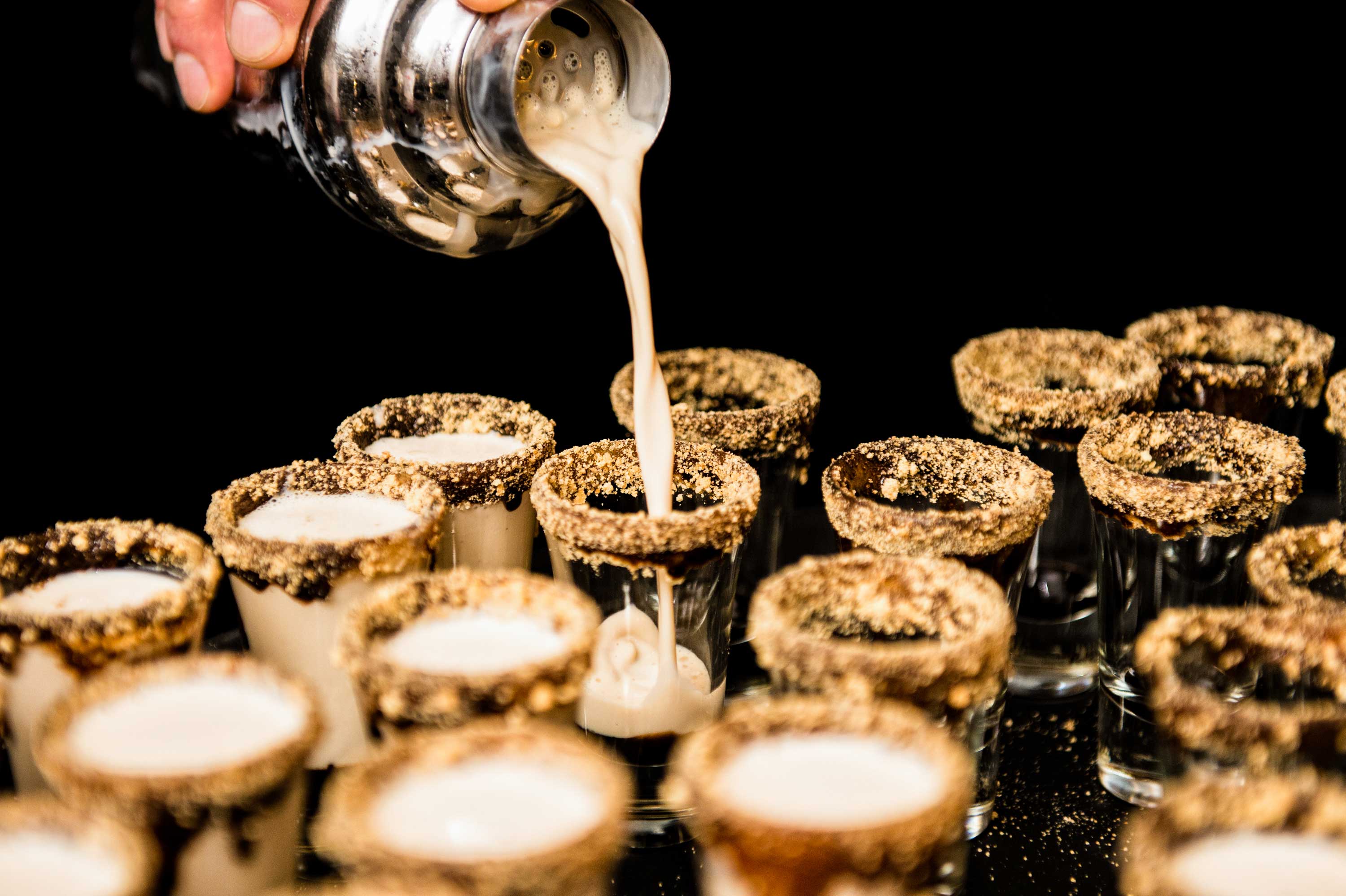 The next morning, guests joined the couple for a well-appointed brunch at the Palm Court of The Omni King Edward. Coinciding with Mother’s Day, the meaningful gathering made for a wonderfully fluid continuum of the night before.

“In over 13 years, designing close to 400 weddings, this one stands out for all the right reasons,” Haggerty says. “None of us took it lightly that we had this place in history at The Omni King Edward Hotel. And we made it a very special evening that could never be replicated. Joe wrote to me the very next day and ended his email with, ‘I think we did right by the Crystal Ballroom.’ ”

This article originally appeared in its entirety in the Fall 2017 issue of ESCAPES magazine.