Birdies, eagles and aces are always special, but scoring under par now has extra meaning for PGA TOUR players. To celebrate its designation as the TOUR’s official hotel partner, Omni Hotels & Resorts is donating meals to a family in need for every birdie—or better—made during each tournament. The association boosts the impact of Omni’s Say Goodnight to Hunger program in TOUR host cities and provides a variety of hotel perks to players on the PGA TOUR. As of March 31, 2019, Omni Hotels & Resorts has donated 65,980 meals to food banks across the country. Big thanks to all the PGA TOUR players for the 16,945 birdies-or-better that made this a reality.

The partnership is a perfect fit, as Omni’s holdings include a dozen golf resorts with more than 25 layouts by notable architects. Many of those are current or former venues for TOUR events. Here’s a sampler of courses where you can tee it up and swing for your own birdie, eagle or ace. 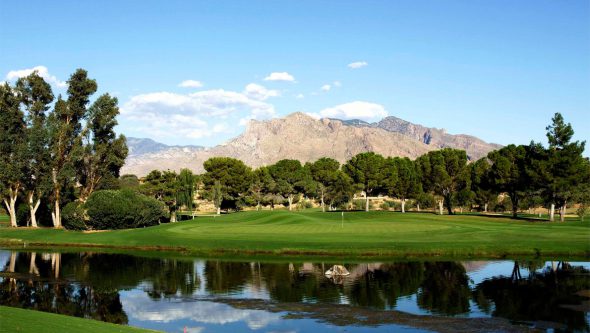 In the early 1960s, Chicago businessman Sam Nanini realized his dream of turning an Arizona cotton field into a championship golf course. The design by Robert von Hagge and Bruce Devlin became a classic that hosted the PGA TOUR for more than 30 years and was represented by young Jack Nicklaus at the start of his career. In 1986, The Tucson National Resort opened on the grounds. The resort is an award-winner, with 79 guest rooms, 36 holes of golf, a world-class spa and an abundance of other amenities. 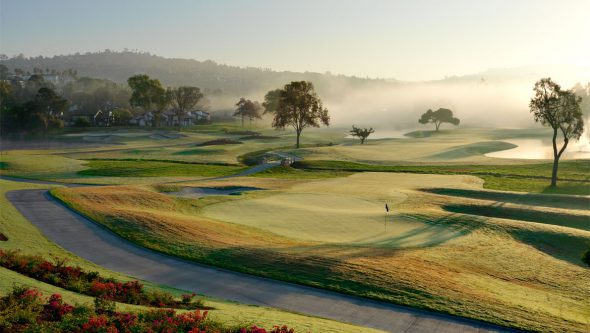 Few golf resort openings earn the hoopla that marked the 1965 debut of the La Costa Resort & Spa and its Dick Wilson-designed course, which is now known as the Champions Course. The resort near San Diego became the place to mingle with golf icons such as Sam Snead, Arnold Palmer and Nicklaus.

The resort’s golf component soon expanded to include the 18-hole South Course (now Legends). Over the years, a mix of holes on the two layouts hosted 35 PGA TOUR events and two LPGA TOUR events. 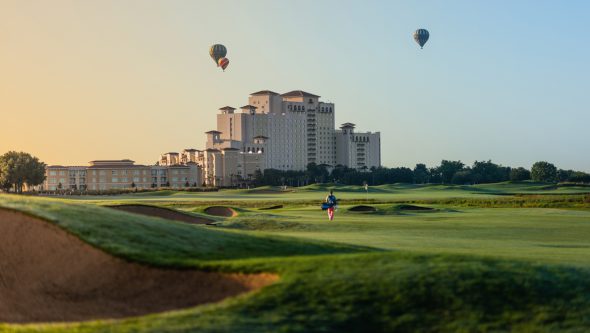 The end of 2017 marked the completion of a massive restoration and renovation project on the 7,363-yard International Course, one of the resort’s two championship layouts by Greg Norman, a PGA TOUR veteran and notable course designer. “The International offers an authentic links-style golf experience reminiscent of the great coastal courses found in Europe and Australia, Norman’s homeland,” says ChampionsGate Director of Golf Patrick Dill. 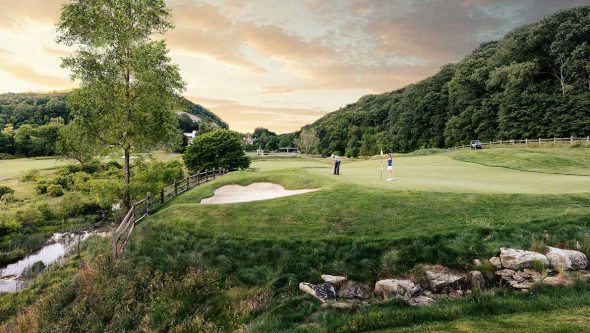 A grande dame with provenance much like The Omni Homestead Resort in Virginia, Pennsylvania’s Omni Bedford Springs Resort is a National Historic Landmark that was once hailed as a “palace in the wilderness.”

History is the drawing card for the golf course as well as the hotel, according to John Hess, director of sales and marketing for the resort. “There’s no other course with signature holes by these three legendary architects: Spencer Oldham, A.W. Tillinghast and Donald Ross,” he says. 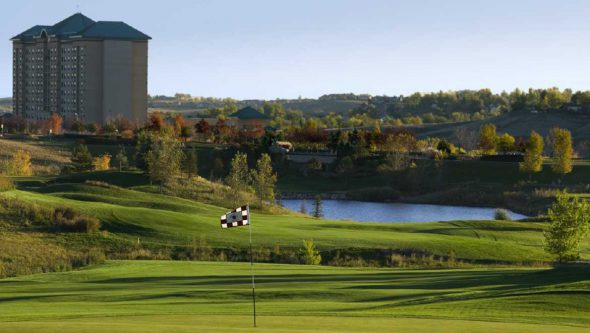 Rocky Mountain backdrops are a given on the grounds of the 390-room Omni Interlocken Hotel, which has an enviable location between Denver and Boulder, Colorado. The resort’s 27-hole golf complex is the work of Graham & Panks International, the design partnership of PGA TOUR Champions player David Graham and architect Gary Panks. There’s a consistent mountain feel, with elevation changes of more than 400 feet. The greens are undulating, so there’s a premium on approach shots to the right level. Each of the nines has its own charms and challenges, according to Chris Woods, director of golf.

When you tee it up at one of our nationally acclaimed Omni Hotels & Resorts golf destinations, you come away with more than just a score. From the lush, rolling hills of Pennsylvania to the legendary fairways of La Costa in California, this is golf that brings you closer to the true spirit of where you are.

Omni Barton Creek Resort & Spa is a golfer’s paradise featuring four championship courses that have been newly revitalized with enhanced course conditions for overall playability. As a guest of the resort, up your game with exclusive access to instruction from on-site professionals.