With Halloween creeping up, the time for ghost stories is here. Omni Hotels & Resorts is no stranger to these ghoulish encounters. It’s no surprise that some of our historic properties have seen some haunting sights, and today we’d like to highlight the ghostly visits at the 161 year-old Omni Parker House. 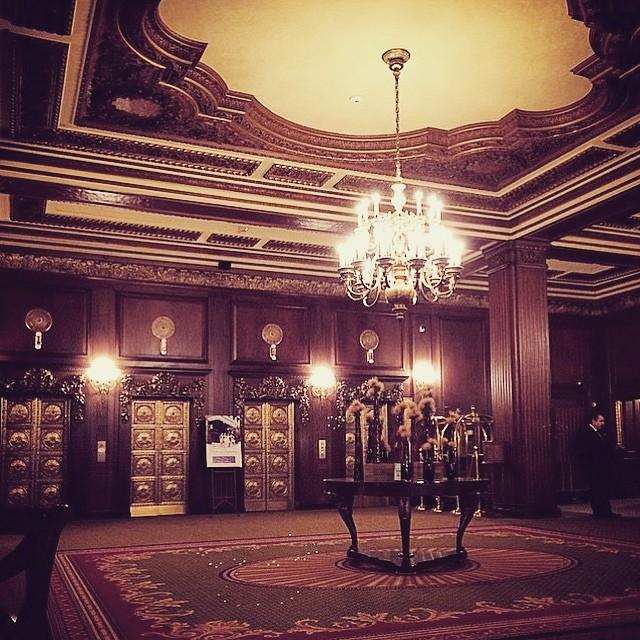 “I first heard about the ghost of Harvey Parker when I began Working here in 1941,” explained longtime Omni Parker House bellman, John Brehm, in a 1992 Boston Globe interview. “ They used to say he roamed the halls on the tenth floor annex. There were many stories, but one in particular happened around 1950. An elderly woman guest insisted she saw an apparition outside room 1078. At first it was a misty apparition in the air, then it turned toward her. She said it was a heavy set older man with a black mustache. He just looked at her, then faded away. She came downstairs, a bit jittery, and security went up to the tenth floor. They checked it out, but reported they could find nothing.”

To those who knew Harvey Parker, such sightings — which have not been reported for two decades now — could hardly come as a shock. A perfectionist who kept his hands in every detail of his restaurant and hotel operations, he played the ultimate host to ordinary folks and world-famous guests. A host, it would seem, who could never really bring himself to leave.

Guests reported that at the same time on two consecutive mornings there were people whispering outside her doorway. Each time she opened the door she found no one outside. It must be stated her room was at the end of the hallway so there was no way someone could make a quick exit. It must also be stated the guest said they were very friendly voices as if they had just come back from a glorious evening.

Security has been summoned to report to Room 1040 to answer a noise complaint on several occasions. Each time the security reported to the room they found the room empty.

Elevators are always called to the third floor (the floor Charles Dickens occupied) without a button being pushed or a guest waiting for the elevator.

A long-time resident occupied Room 303. He was known for the consumption of large amounts of whiskey and smoking foul cigars. Guests will complain occasionally of the smell of whiskey and cigars even after the room has been cleaned.

A security officer reported that late one evening he saw the shadow of a man on the wall in the Bosworth section of the hotel (oldest section of the hotel). When he stepped aside to let the man pass there was no one there. One thing he later realized was strange was that the shadow was wearing a stovepipe hat.

In a room on the 10th floor airline personnel have reported the sound of a rocking chair that kept them up all night. Yet there are no rocking chairs in the hotel.

Bellman have reported bright “orbs” of light floating down the corridor on the 10th floor, then disappearing.

A mother and daughter were spending the night in Room 1012. The daughter awoke around daybreak to find a gentleman dressed in period garments of the latter 1800s standing at the end of her bed. The gentleman sported a large grin as if he was asking, “Are you enjoying your stay?” When she smiled back the gentleman gracefully disappeared. The woman was amazed to find the portrait of her nightly visitor hanging in the dining room when she went down to breakfast. It was the portrait of Harvey Parker.