Nothing inspires pride for your alma mater quite like a college football game. Generations of fans come together donning school colors, the band plays, the flags fly, the mascot is on hand for photo ops and victory laps, and tailgating—complete with barbeque and a cold one—makes for a full day of festivities.

Like many fans, you may no longer live in your college town. But that doesn’t mean you can’t make a pilgrimage or two back each year to enjoy this treasured pastime. With 60 Omni Hotels & Resorts across North America—each offering local flavor and premier locations—it’s easy to book a stay and catch a game.

Here, we look at a few of the top Omni destinations for college football. Visit OmniHotels.com for a complete list of destinations. 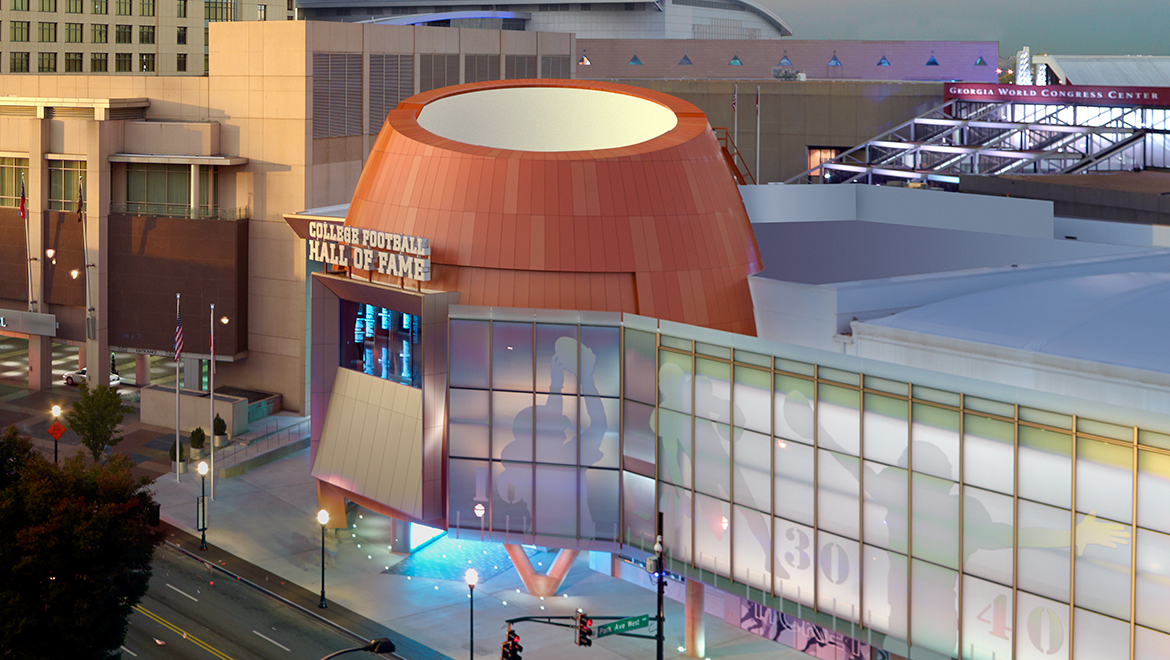 Head to the home of the College Football Hall of Fame for a gameday weekend like no other. Adjacent to the Omni Atlanta Hotel at CNN Center, fans will have no problem visiting the College Football Hall of Fame before cheering on their own teams this football season. The Hall features historic and contemporary artifacts, interactive multimedia displays, children’s activities, a 4K/3D theater featuring a film on the history and excitement of college football, a retail store and a 45-yard indoor football field all under one roof. 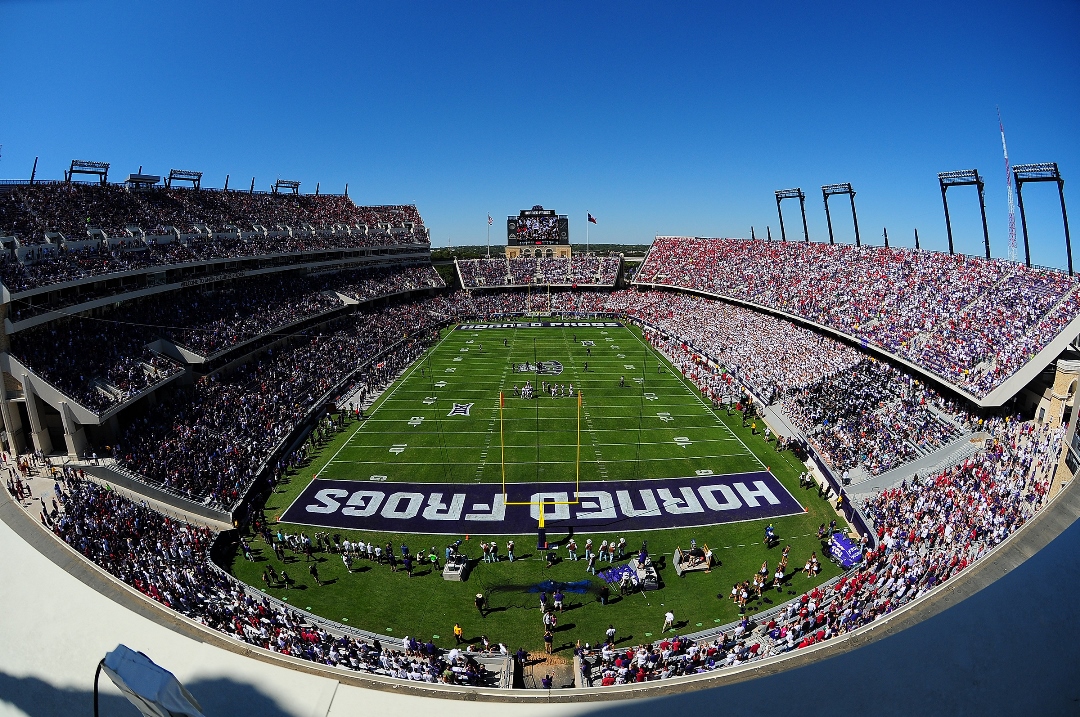 Fort Worth goes purple every Friday before game day in support of the TCU Horned Frogs. Football is a way of life in Texas, and in Horned Frog country, there is one team that has captured the heart of Fort Worth. Amon G. Carter stadium, located right on TCU’s campus, seats up to 45,000 Horned Frog fans. TCU’s hand sign is described by fans as “an angry peace sign” and can be done by even the youngest of Frog fans. “Riff Ram,” one of the oldest cheers in college football, was given a modern twist when a video was created with TCU fans reciting the cheer and a surprise visitor (former TCU quarterback and current Cincinnati Bengals quarterback, Andy Dalton, Coach Gary Patterson or Football Hall of Famer LaDainian Tomlinson) ends the cheer with the final words, “Give ’em hell, TCU.” With Texas-sized traditions and the Horned Frog nation behind it, Fort Worth shines on college football game days. 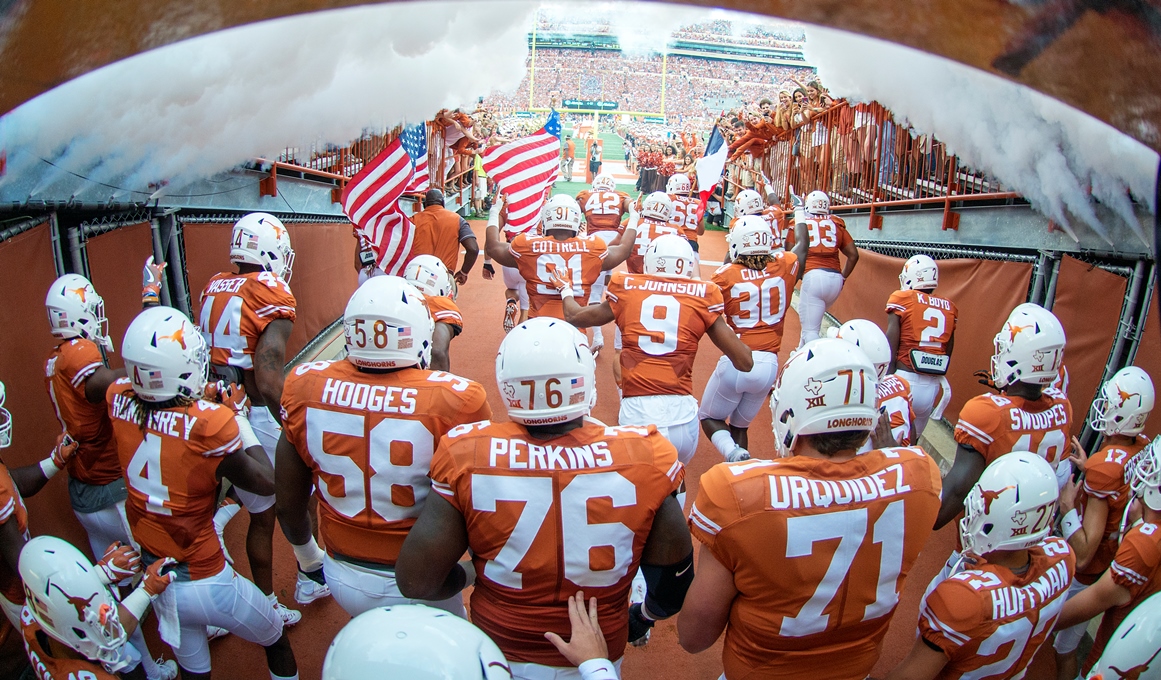 University of Texas at Austin Longhorns

Home to the University of Texas Longhorns, Darrell K Royal-Texas Memorial Stadium boasts a 90-plus-year history and a seating capacity of 100,119—plenty of room for all the loyal Longhorns fans decked out in burnt orange and white. “Come early, be loud, stay late, wear orange” is the motto and fans definitely stick to it every football game. With the University of Texas Longhorn Band in attendance, there’s truly never a dull moment throughout all four quarters. And don’t forget Bevo XV is never too far, keeping watch from the comfort of his corner in the stadium at every home game.

Each year the Cotton Bowl Stadium in Dallas, Texas is also home to the Red River Showdown, one of the biggest rivalries in college football, between the Texas Longhorns and Oklahoma Sooners. On game day, a bird’s-eye view of the stadium shows a great divide of burnt orange and crimson with the intense school rivalry always making for an unpredictable game. For more information on Dallas-area Omni hotels see here. 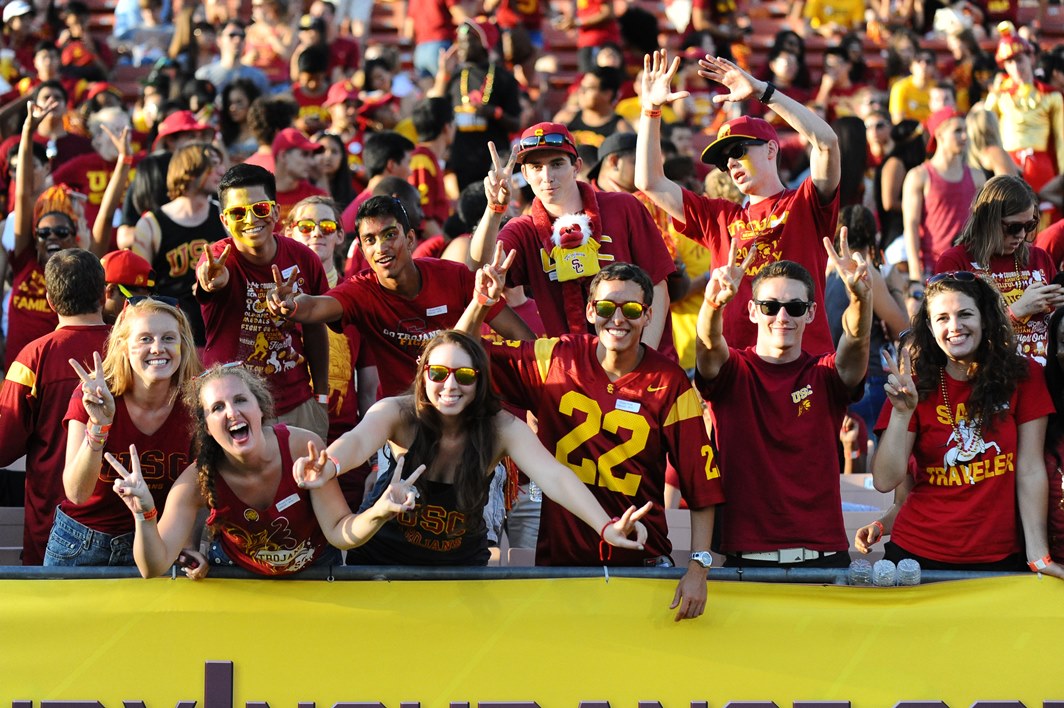 Donning their cardinal and gold colors, USC Trojans fans tailgate outside the Los Angeles Memorial Coliseum, enjoying the great weather. In addition to traditional tailgating, the Trojan Family Game Day Experience, introduced in 2015, offers a family-friendly area with shade, TVs, food, cold beer and plenty of activities for the kids. As fans head inside the Coliseum, they do their own form of kickoff, kicking the flag posts on Trousdale in the name of tradition. With a big celebrity following, it’s not unusual to spot some A-listers enjoying the game as well.

About 15 miles away at the famed Rose Bowl stadium, UCLA Bruins fans in blue and gold enjoy the same fine weather, this time with a special Fan Zone offering a kids area, booths and exhibits, food and drink, as well as musical performances. What’s more, the famed Bruin Walk—where football players walk to the stadium—marches right through the Fan Zone. Of course, traditional tailgating is also going on all around, and thousands of fans show up early so as not to miss a moment of it. 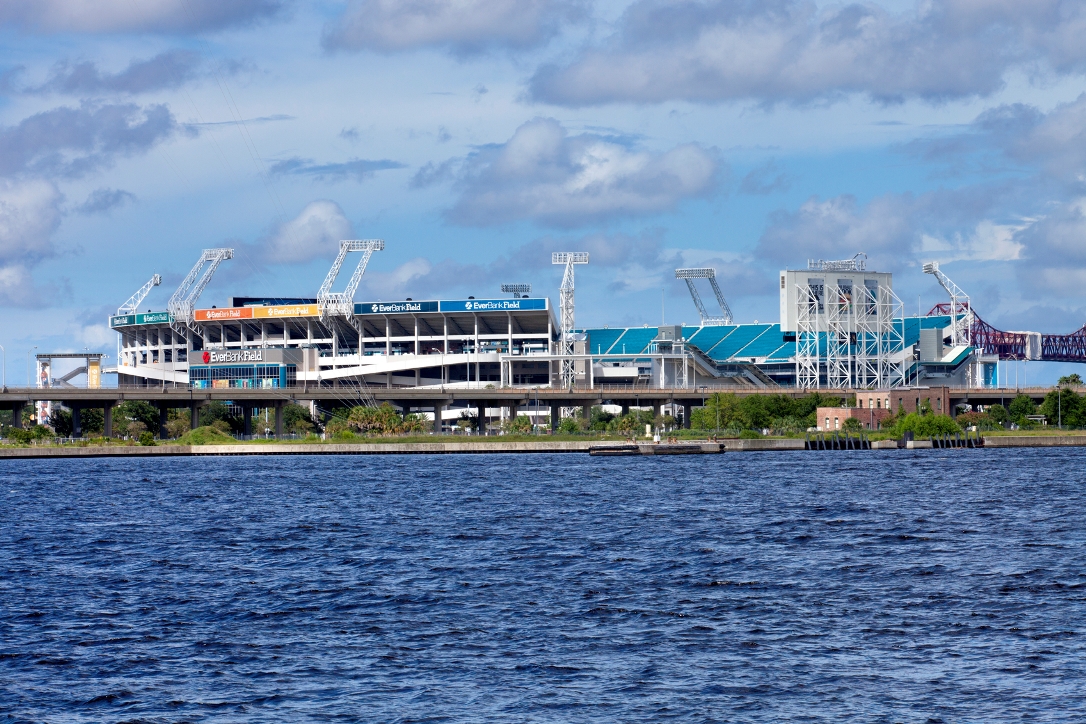 While Jacksonville is home to the Jacksonville University Dolphins, it’s the annual meeting of University of Florida Gators and the University of Georgia Bulldogs that draws the most attention. The game has taken place at EverBank Field since 1933 and sells out all 83,000 seats in the stadium. With that many fans from both sides converging on Jacksonville, it’s no wonder this game makes top tailgating lists. In fact, it’s affectionately called “The World’s Largest Outdoor Cocktail Party” and is set to take place on October 27 this year. 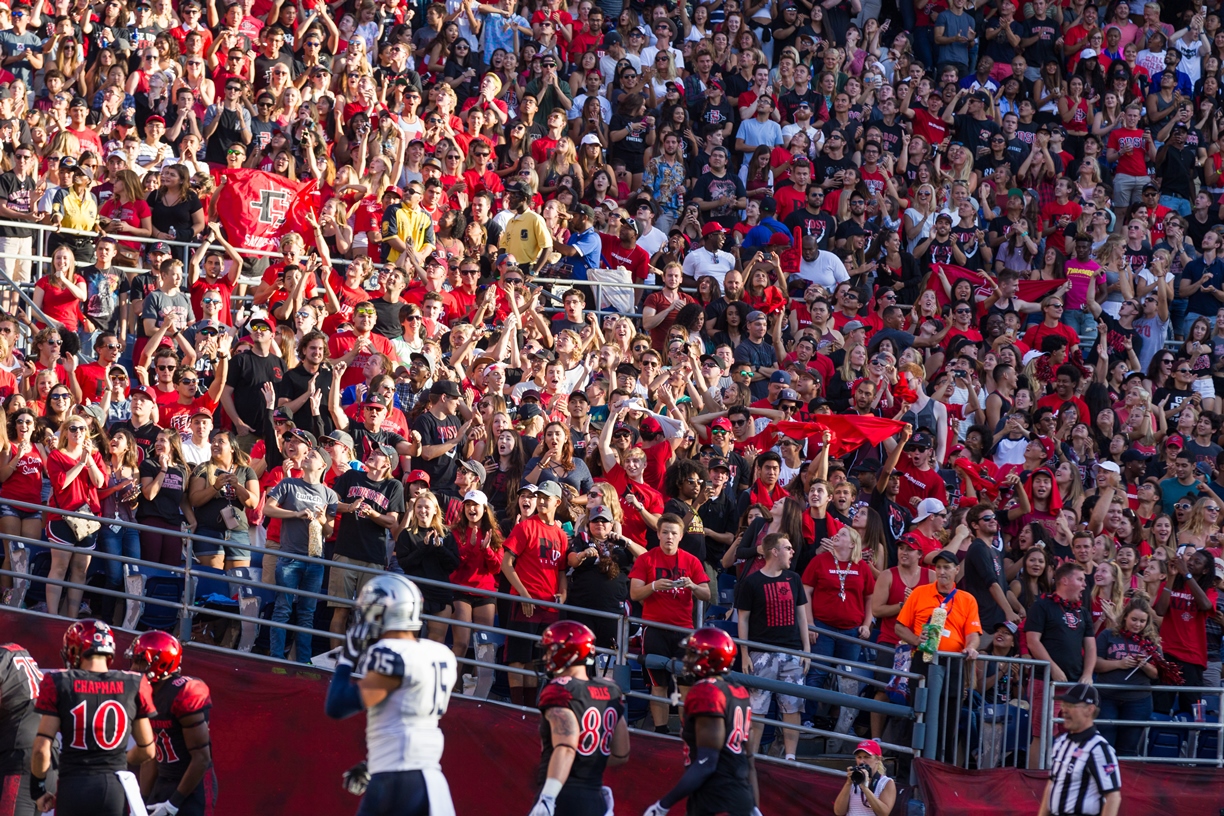 With their signature red and black colors, the San Diego State University Aztecs play at Qualcomm Stadium. With seating for more than 70,000, the stadium is also home to the San Diego Chargers and hosts the annual Poinsettia Bowl and Holiday Bowl.
Enjoying San Diego’s sunshine and ocean breezes, fans on game day barbeque, throw a ball and stop to watch the Warrior Walk, where the Aztec Marching Band Drumline leads the team into the stadium. Aztec Village offers live music, food and drink, and games for the kids. 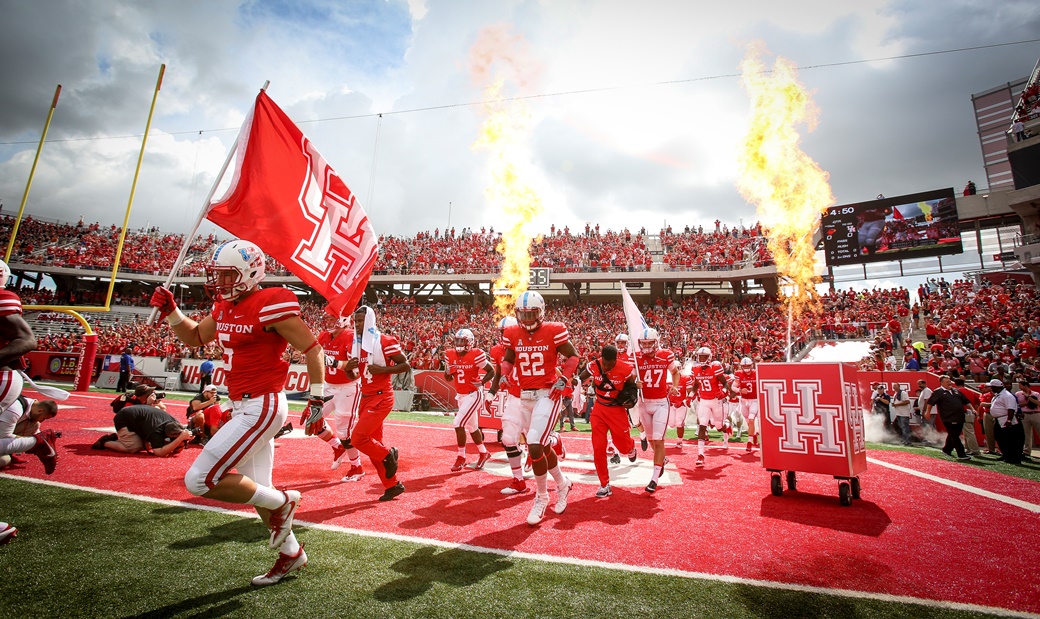 TDECU Stadium, named for the Texas Dow Employees Credit Union, opened in 2014 and holds up to 40,000 University of Houston Cougars fans, proudly wearing their scarlet red and white. Don’t miss a stunning view of the Houston skyline from the northwest corner.

Like all Texas universities, the Cougars have their own hand sign. Find others in the know at the alumni association’s Party on the Plaza four hours before every home game. There, you can enjoy food and fun free to all alumni and their guests. 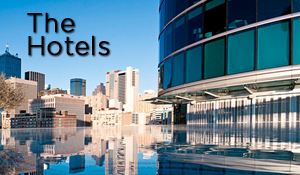 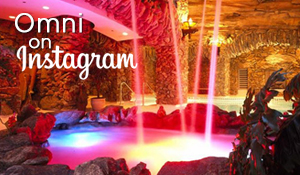 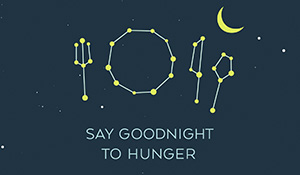 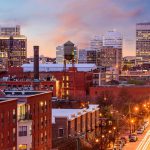 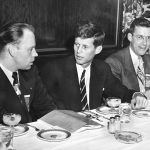 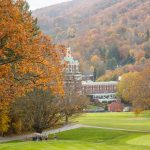 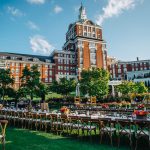 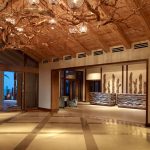 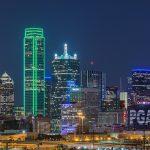