(Updated 2020) At Omni Hotels & Resorts, we love celebrating our historic hotels and resorts. Between hosting noteworthy guests and historic moments, there’s plenty to discover during your stay. We invite you to learn a little more about some of our most iconic hotels and resorts, and then plan your stay to experience some history for yourself. 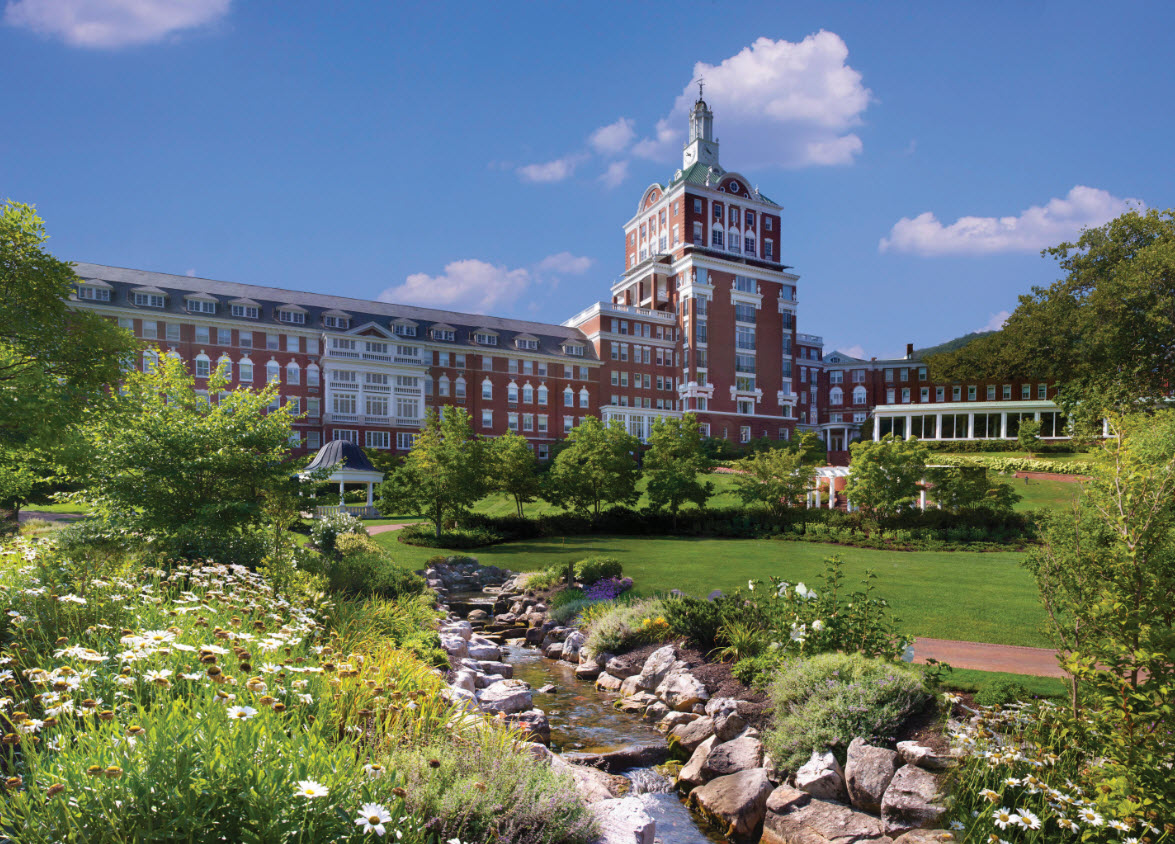 One of the most historic hotels is America’s first resort, built before the United States was a country in 1766. The Omni Homestead Resort, has welcomed 23 U.S. presidents for relaxing breaks from Washington D.C.; most notably Thomas Jefferson, who spent three weeks soaking in the healing pools in Hot Springs (now, aptly named “Jefferson pools“). Among the many recreational activities available, the resort is also home to the oldest continuously operated golf course in the United States, The Old Course. 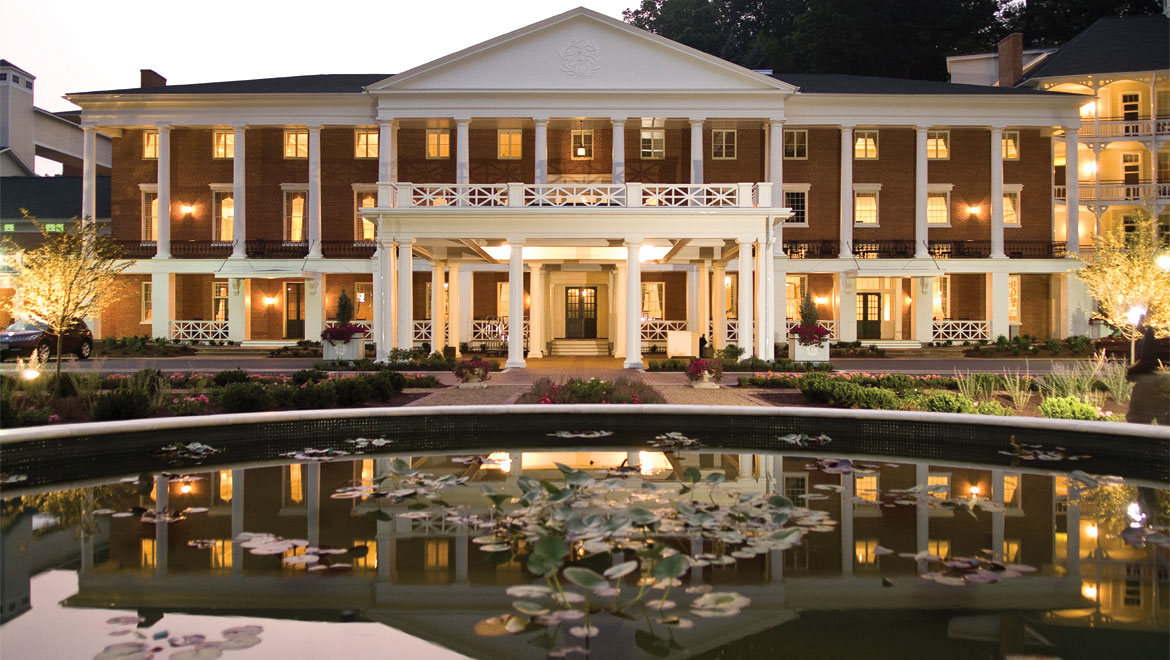 Founded among Pennsylvania’s healing mineral springs, Omni Bedford Springs Resort opened in 1796. With a reputation of luxury, the mountain resort features one of the first golf courses and indoor pools in the United States. In 1885, President James Buchanan received the first transatlantic cable from Queen Victoria during his stay. The historic resort also houses an American flag dating back to 1865. Today it’s the only known 39-star flag in existence, prematurely sewed in anticipation of three new states. 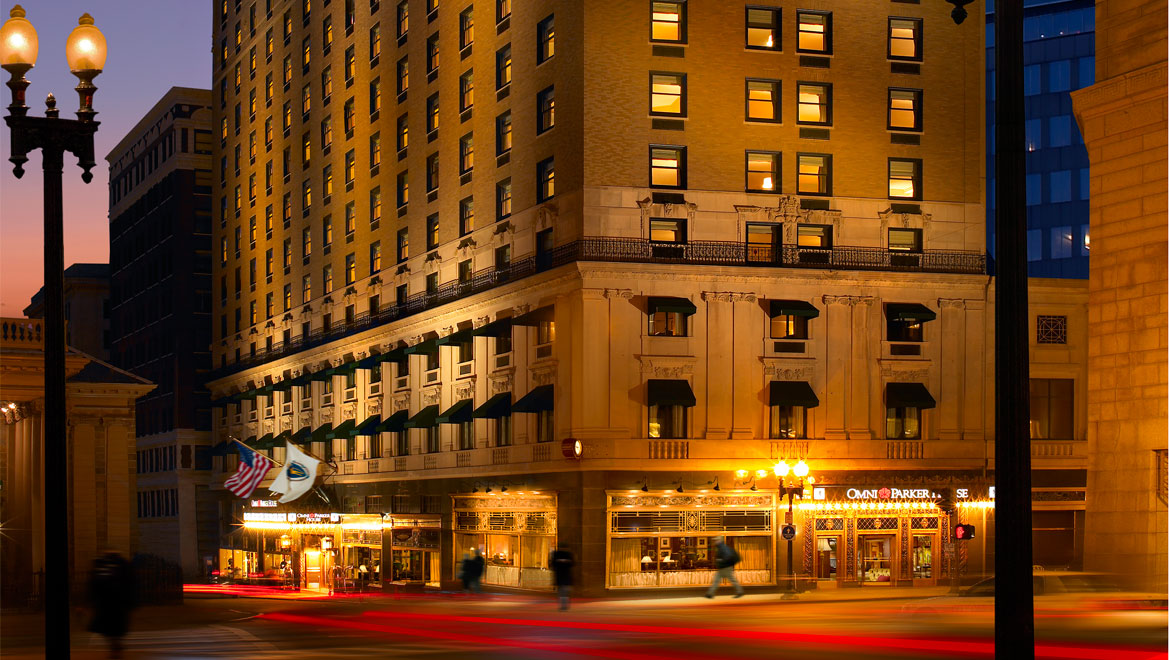 Located in one of America’s most historic cities, Omni Parker House has welcomed politicians, literary heroes and actors since its opening in 1855. The hotel hosted a weekly meeting of the Saturday Club, a group of writers and thought leaders, who witnessed Charles Dickens’ first reading of A Christmas Story in the hotel. Also a culinary destination, it’s the home of the Parker House Roll, Boston cream pie and even the engagement dinner of future President John F. Kennedy and Jacqueline Bouvier. Don’t let the humble name “house” fool you, this hotel is a living landmark along the Freedom Trail. 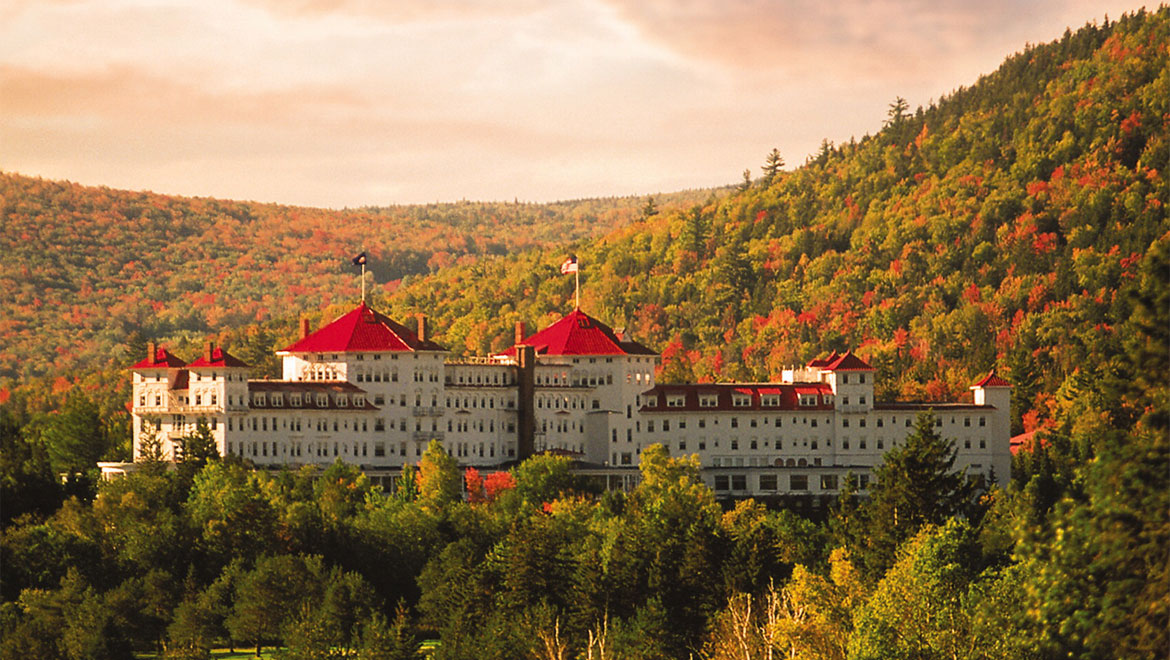 Mount Washington Hotel, opened in 1902, is the last surviving grand hotels in the White Mountains. Regarded as the most exorbitant, the heating and plumbing systems were state-of-the-art and Thomas Edison himself installed the electricity. Today, the resort features a Donald Ross-designed golf course and adjacent ski area for year-around activities. Omni Mount Washington Resort earned its historic resort status in 1986 as the site of the Bretton Woods International Monetary Conference in 1944 that established the World Bank and the gold standard. 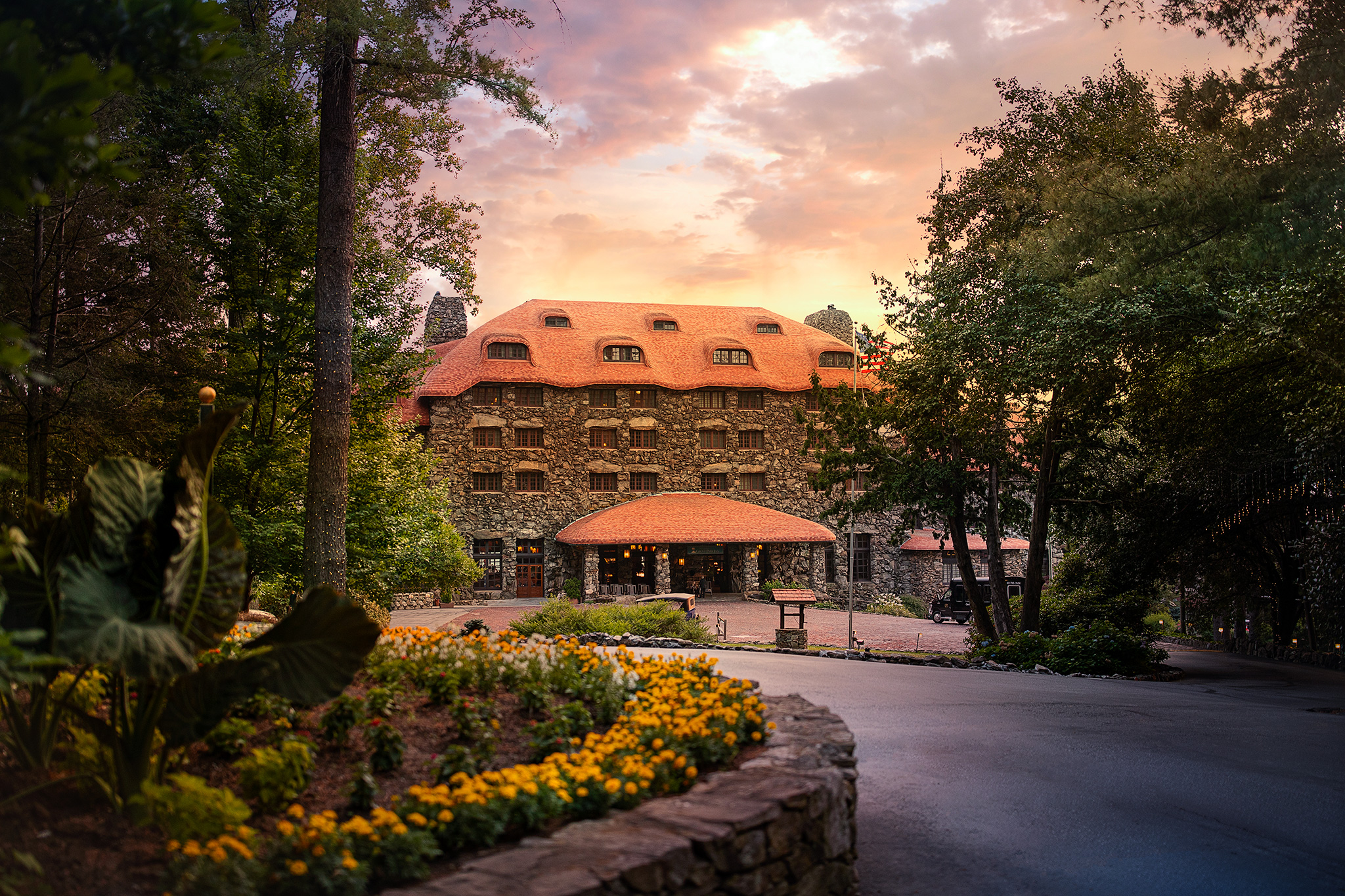 Opened in July of 1913, it took the ambitious builders of The Omni Grove Park Inn less than a year to complete this iconic granite gem. With such a start, it’s no wonder innovators like Edison, Ford, Firestone and Fitzgerald came to stay. Furthermore, the Inn has served some pretty unusual purposes such as a U.S. Navy rehabilitation center after WWII and a safe haven for the Supreme Court in the event of a nuclear attack. Now, better known for its renowned subterranean spa and Donald Ross-designed golf course, this destination was “built for the ages”. 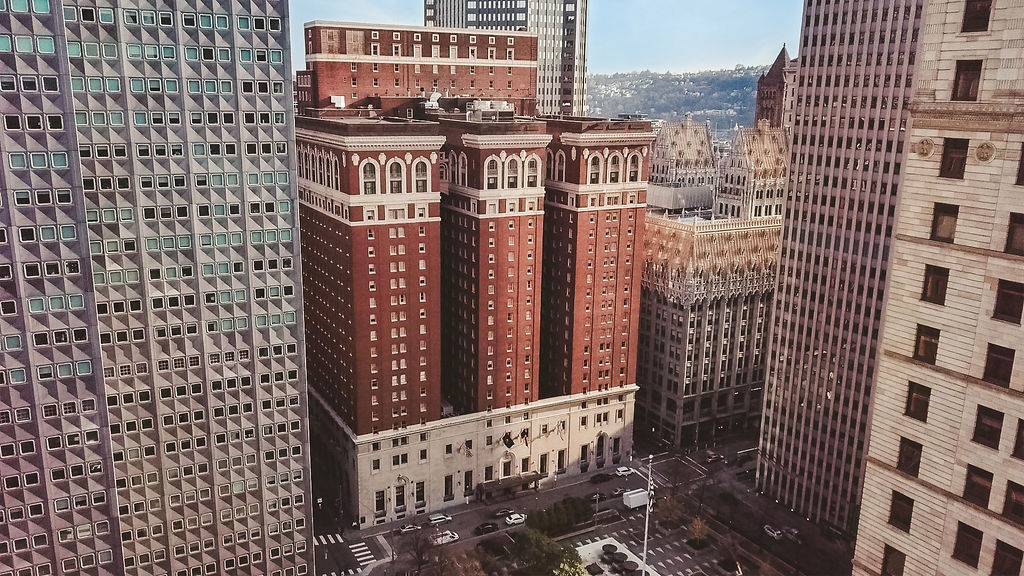 Build by industrialist Henry Clay Frick, Pittsburgh’s Grand Dame, Omni William Penn Hotel, opened in 1916. The luxurious Palm Court lobby and Renaissance-style ballroom quickly earned a reputation as the social center of the city. Walking into the hotel, you can imagine the big bands and parties that took place in this Pittsburgh hot spot. During Prohibition, the hotel housed a speakeasy, which after years of use as a storage space, is once again one of the trendiest bars in the city. 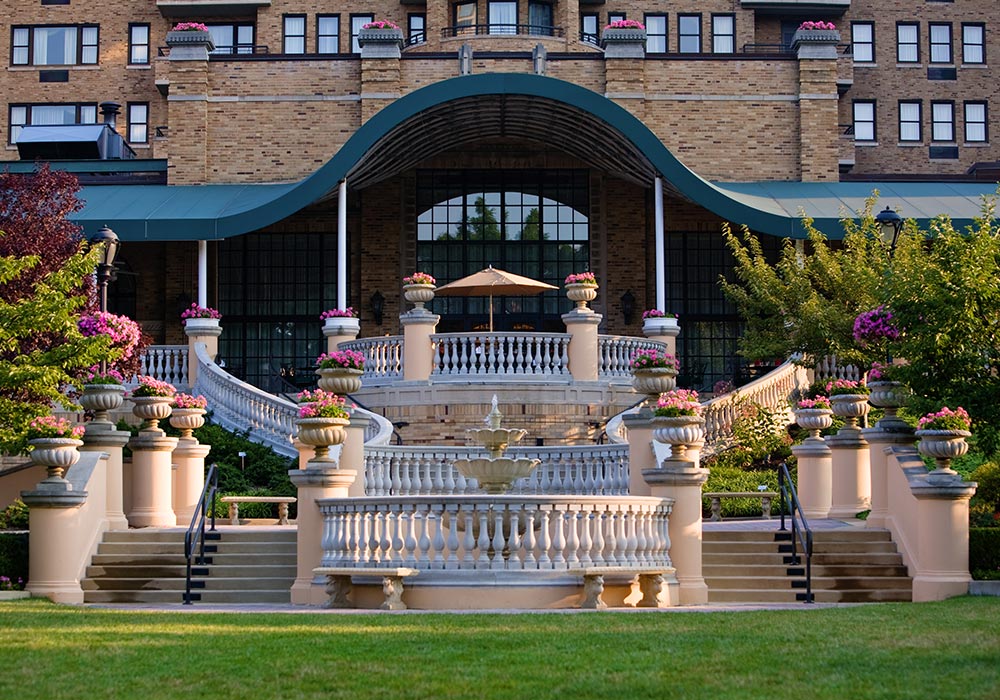 It’s only fitting that Washington D.C.’s only resort destination, Omni Shoreham Hotel, has a history as notable as the city where it resides. Despite the economic struggles of The Great Depression, the luxurious hotel’s ballrooms host inaugural balls, entertainers and plenty of politicians. The U.S. Navy used the indoor pool to test their Lambertsen Amphibious Respiratory Unit, which ultimately paved the way for today’s Navy SEALS. And even The Beatles found solace from passionate fans on the 7th floor during their first American tour.